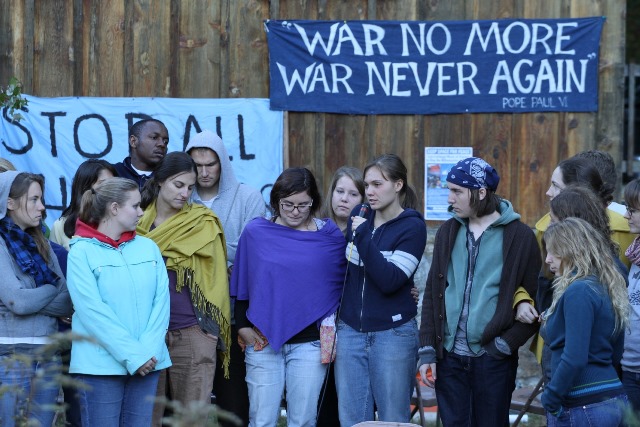 Witness means Community in Hebrew, AIDAH, and AIDE, meaning Witness from the Greek, Martyr, dying to one’s self, meekness; lowliness. Nonviolence is the willingness to die rather than use violence. The force behind witness for the Christian is belief in the Resurrection.

We are “public” Christians in that we are concerned about the well being of our society. In that light, our faith and experience leads us to clarify that: “Thou shalt not kill” does not admit to exceptions, that love is at the heart of God. This belief compels us to reject the state and institutions of society when they promote the violence of war, abortion, capital punishment, euthanasia and the most lethal of weapons — unjust economic systems. When our Christian Churches promote “Just Wars” or “Just Defense” or view injustice with indifference or become complicit in oppression, we call ourselves and the Christian Community to a change of heart. Our level of conversion comes in the form of active nonviolent resistance, public witness, fasting, and prayer vigils. 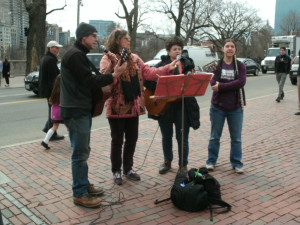 Agape has been committed for years to Interfaith Dialogue and Solidarity. Over the years, the community has participated in various Pilgrimages sponsored by our sister communities, The House of Peace and The Buddhist Peace Pagoda, including an Interfaith Pilgrimage to Massachusetts Prisons, and an act of Civil Disobedience, on the second day of the bombing of Iraq in March, 2002 at Westover Air Force Base. Another act of Civil Disobedience during the initial days of Shock and Awe at a Natick, MA army weapons facility became known as The Peacechain 18, both witnesses involving year long trials and eventual rulings of dismissal. Over the years, Agape has initiated or has participated in efforts to call the church back to Christ’s teachings on nonviolent love, including a national petition entitled The Catholic Call to Peacemaking, which accrued thousands of signatures nation-wide, calling for the American Catholic Bishops to abandon their support of the War on Terror and the invasion of Afghanistan after 9/ll. Witness included vigils in front of the Cathedral in Boston with members of various peace communities in Boston.

Solidarity with the Involuntarily Poor 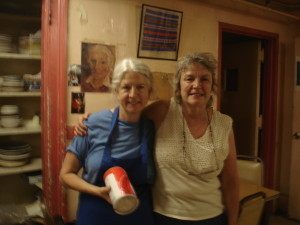 We struggle to live our Christianity on the margins where we meet the involuntary poor, the rejected, the broken, and the children who have been abandoned. In sharing our lives with those in extremity, we come to know our own complicity in their suffering, experience our own woundedness, our common bond with those in need and better recognize the face of God. For twelve years, Agape has fostered a relationship with Bethany Hill School, Framingham , MA, a residence for those who are in recovery, unable to find housing, suffering from Aids, and their families, some of the children pictured here at Agape. A tree was planted at Agape by the children as a reminder of our community solidarity.

The core community at Agape has decided to live in the mystery of poverty as Beatitude and as a “voluntary” choice. Such a choice is an economic one that begins to open us and our community to share some of the inconveniences of the “involuntary” poor. 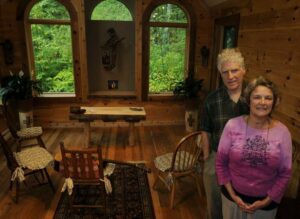 Agape co-founders are committed to resisting violence, wherever we encounter it in our institutional settings — political, legal, economic and social. Preparations for war are impossible without tax money. The United States military requires tax revenues to deploy troops or invade other countries, to build and deploy nuclear and other weapons in flagrant denial of the teachings of Jesus. Conscience informed by faith has led the co-founders to protecting life as Jesus would protect it by living below taxable income.