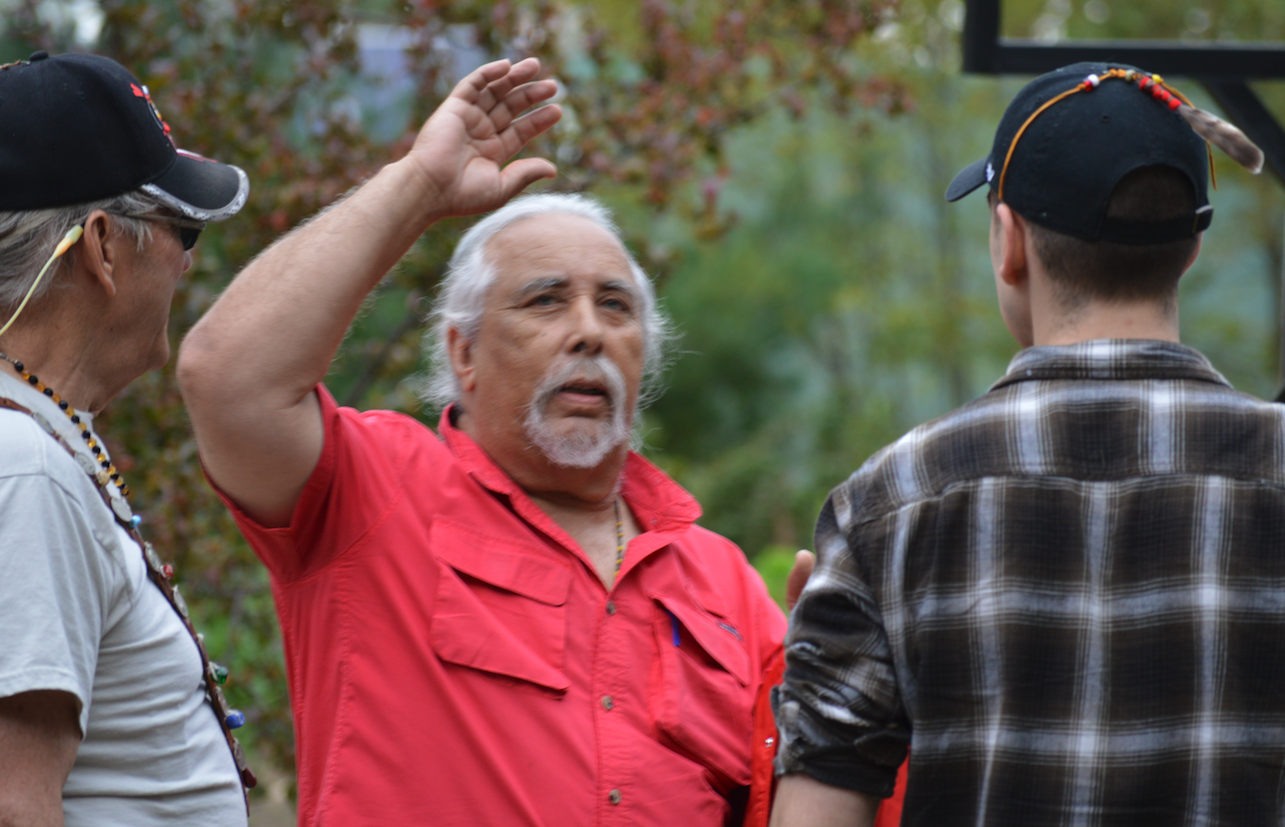 We have experienced conflict and oppression for over 300 years.  Our children were encouraged to drop out of school, so that generation upon generation became weary of survival, and afraid to address anyone outside of the tribe.  Some of us have been murdered, and our land has been taken, and the oppressors have gotten away with this.

Twenty plus years ago, we had 13 acres of ceremonial ground returned to us.  We asked ourselves what we could do to help our relatives at Standing Rock. So we decided to set up a prayer camp in Mahway, to back up Chief Arvol and everybody else in need.

Our 32 foot tepee has been under constant attack.  The City Council members are on petroleum boards and are supporters of Wells Fargo Bank, investors in pipelines.  We have had to pay for permits and applications in amounts that have been doubled and tripled, that show that Jim Crow, racist politics are alive and well.

When we started using electricity on our property that very night 13-14 police cars showed up, threatening us with guns.  We have put up with swastikas, racial slurs, and no support from police.  Be aware of who you are and what you stand up for and be present. St. Francis Day at Agape was a wonderful statement of faith and humanity, what our world is in most need of.