Posted on August 7, 2018 Categories: Daily Bread, Front Page, Uncategorized Comments are off for this post 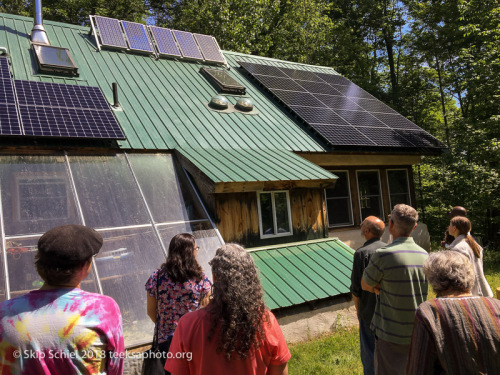 As of June 2018, both of the houses and the electric car at Agape run solely on solar power. 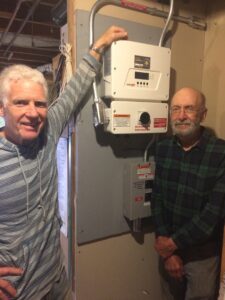 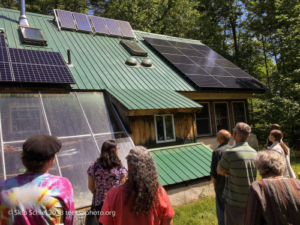 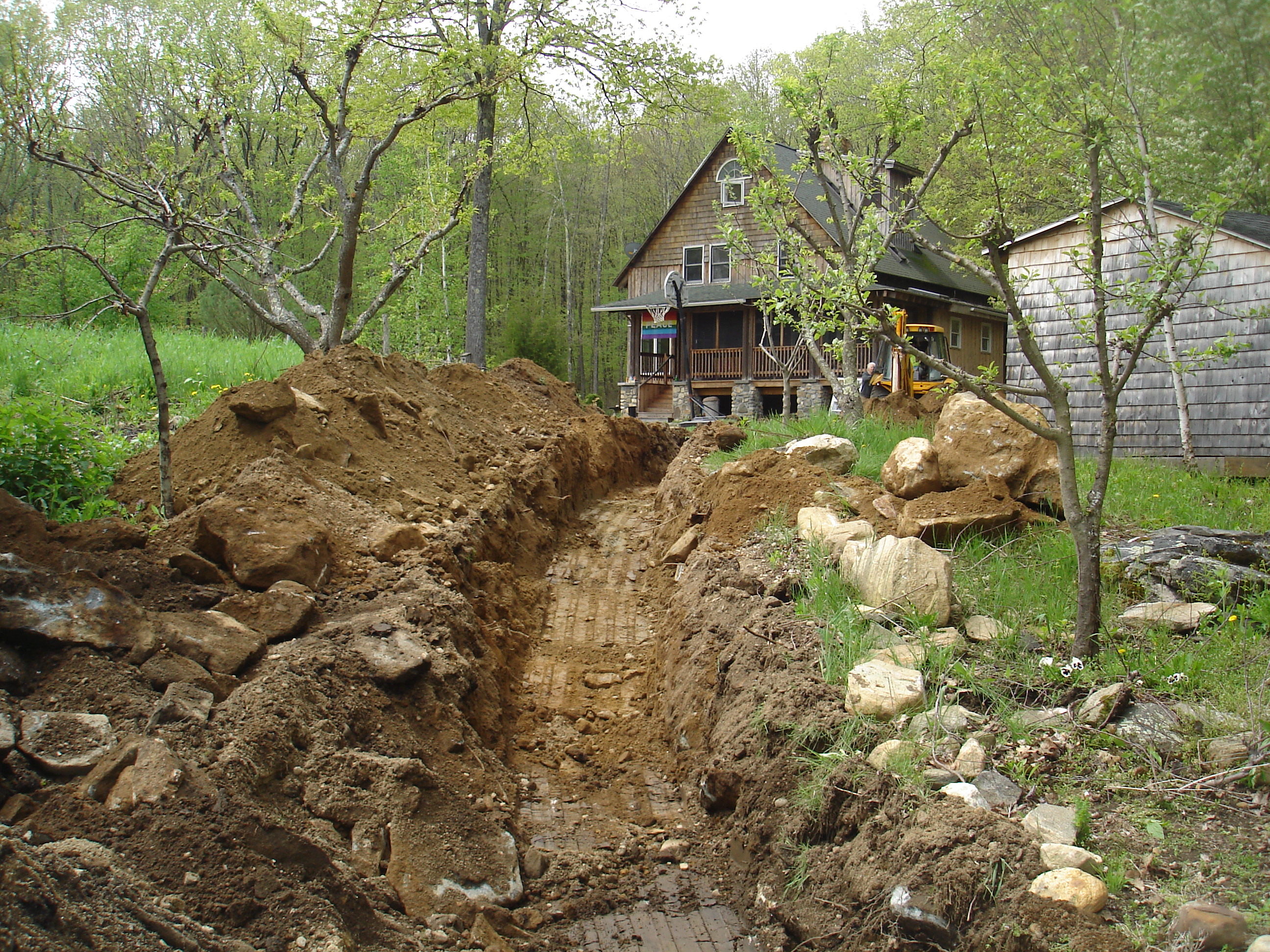 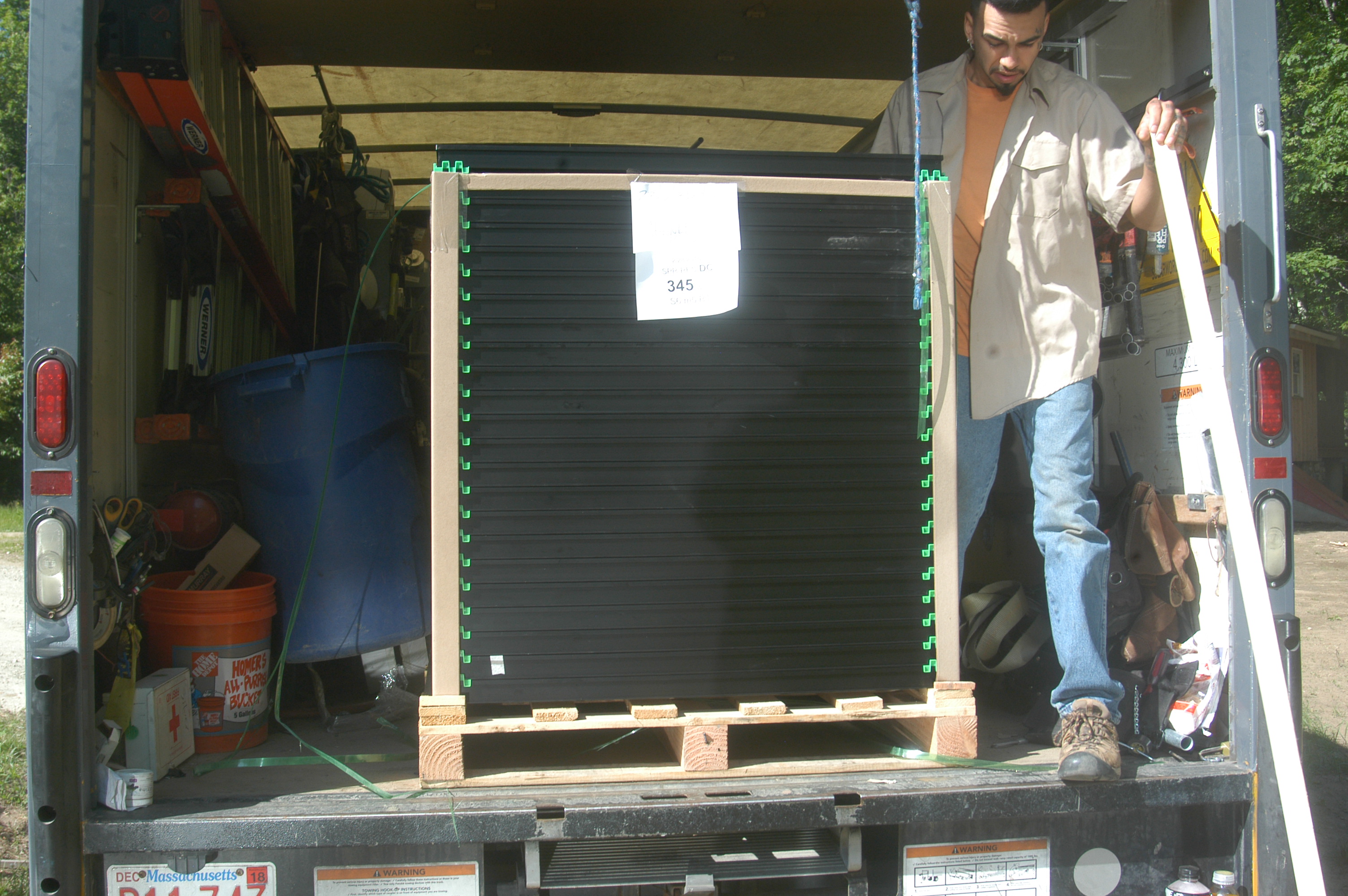 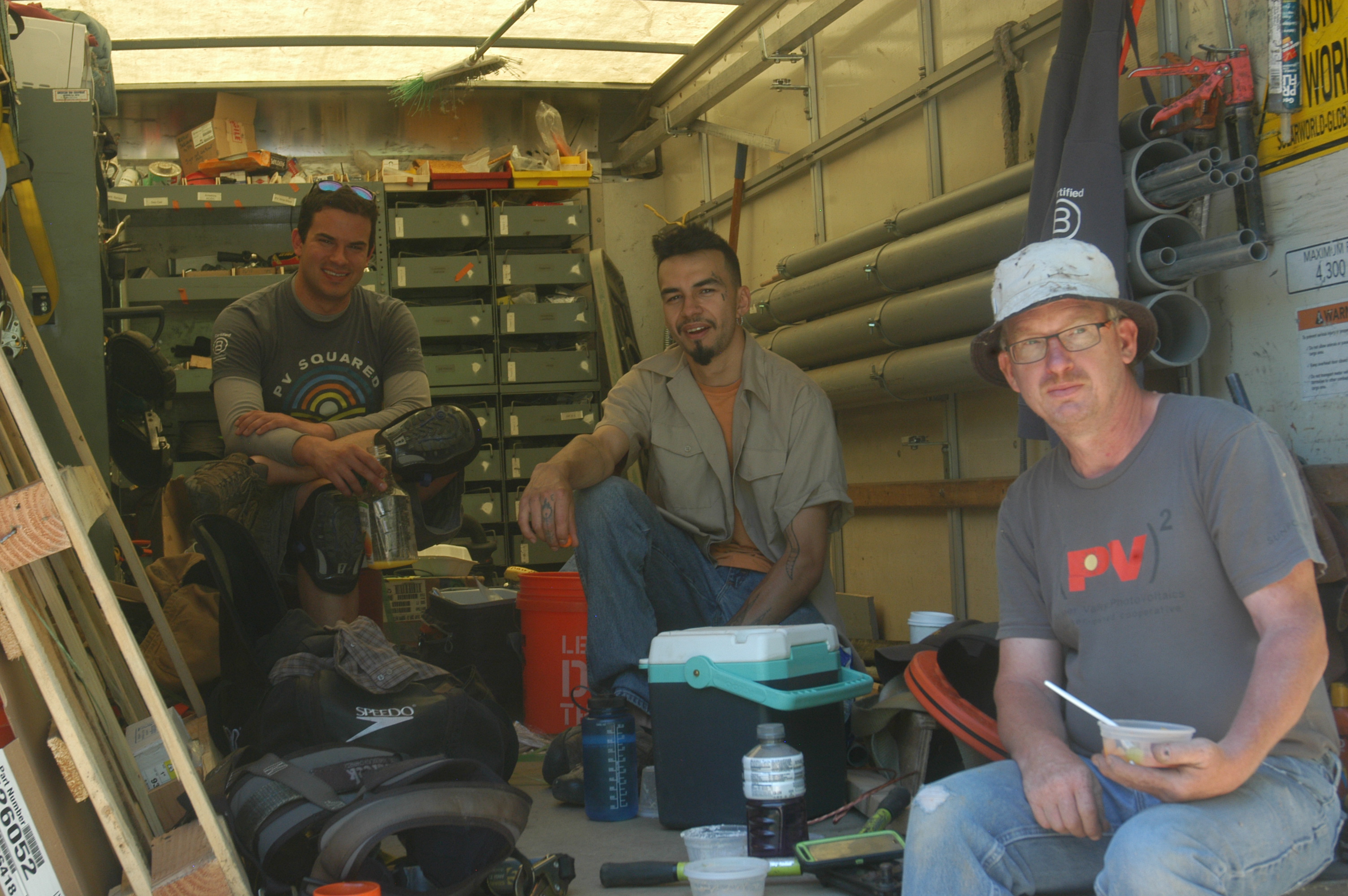 The team from PV Squared

By Massachusetts law, extra electricity generated is sold to the National Grid, a system that is estimated to recover half of the cost of panel installation in ten years. During power outages, the Straw Bale House’s off-grid DC system takes effect, meaning that the house keeps running on its own battery-stored energy while everyone else breaks out candles. Francis House cannot store its energy, however, and has to break out candles along with everyone else. 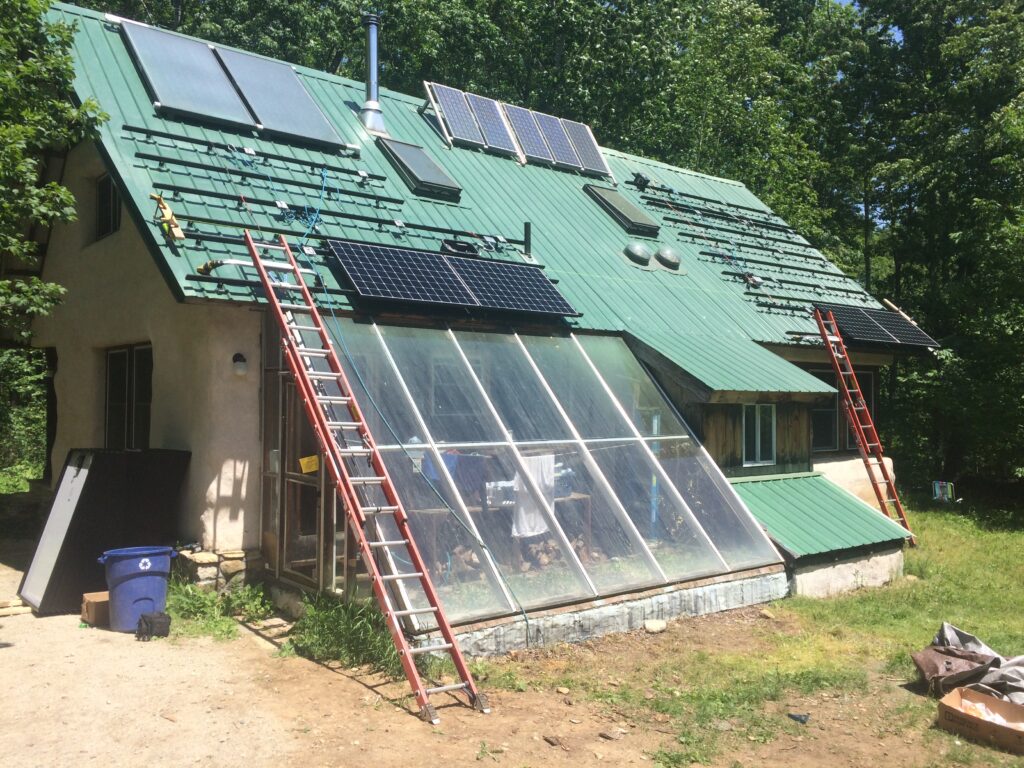 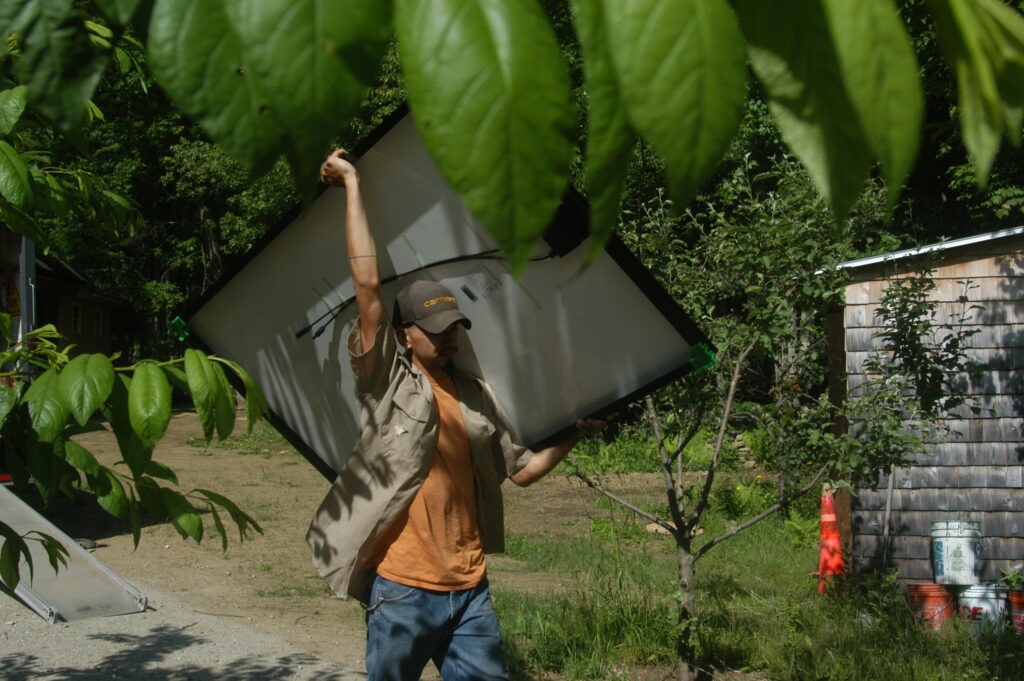 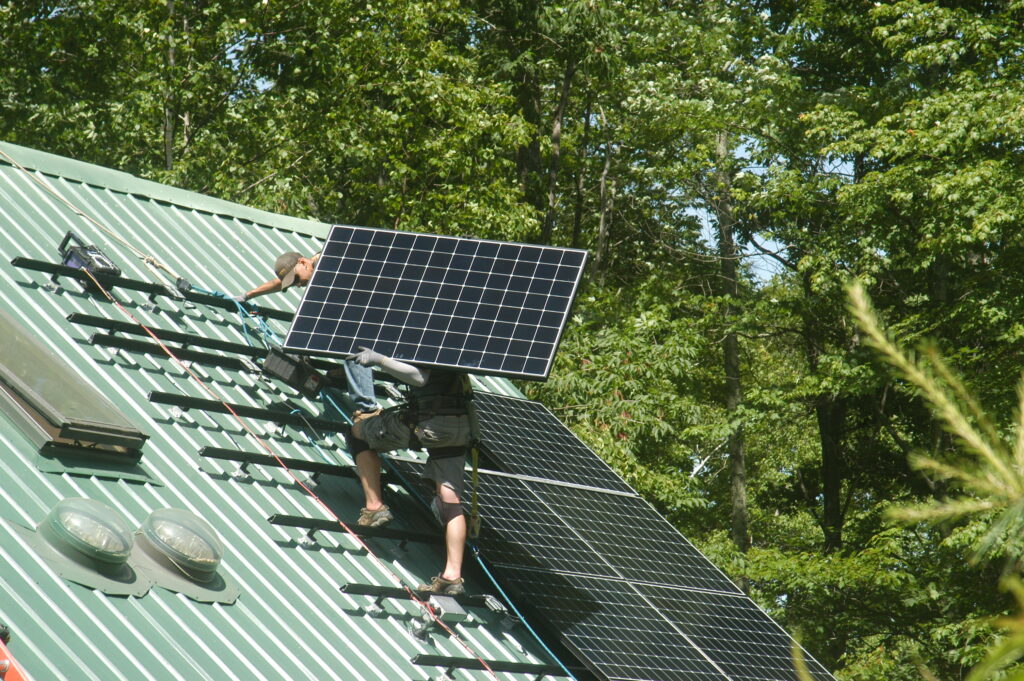 Carrying a panel on the roof 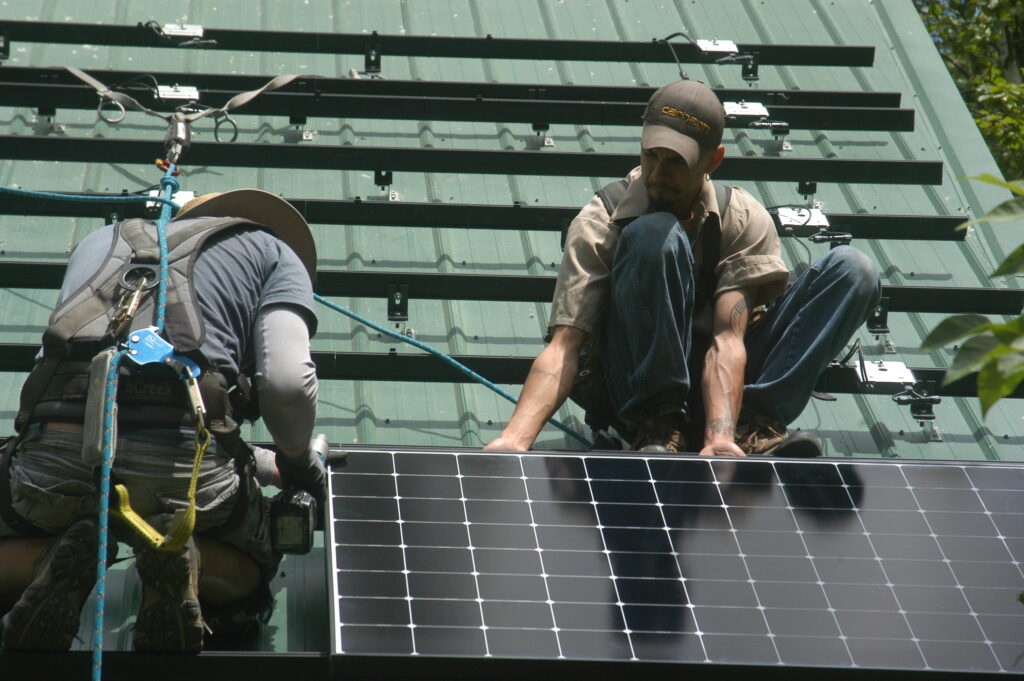 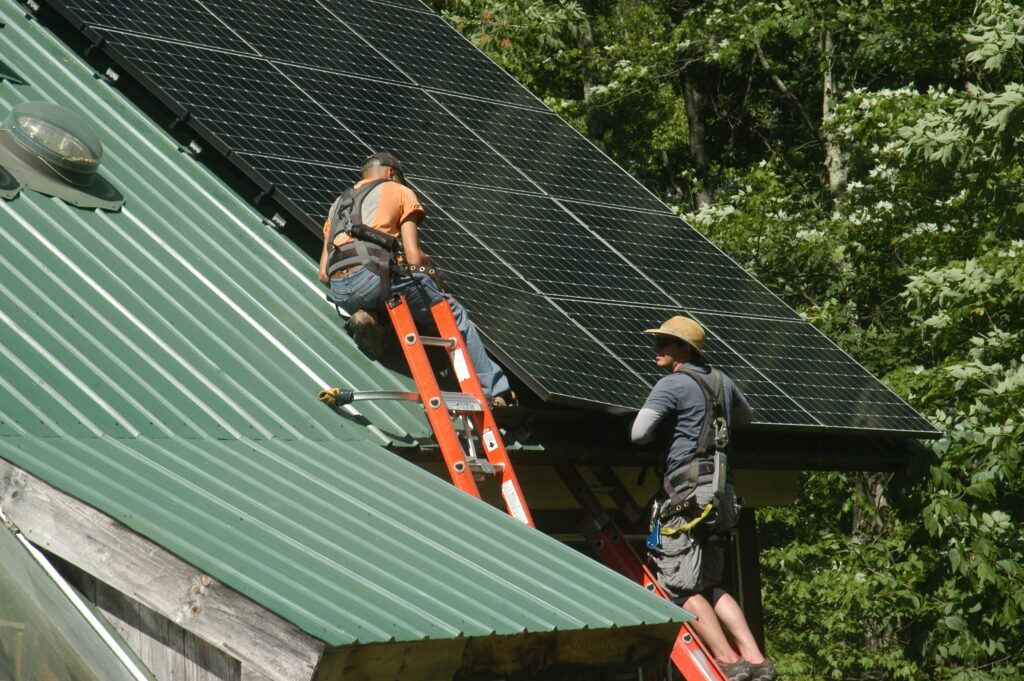 Lowering the final panel into place

At Agape’s Mission Council Meeting in June, the community celebrated the installation of the panels with drumming, singing, and sharing reflections on solar power. 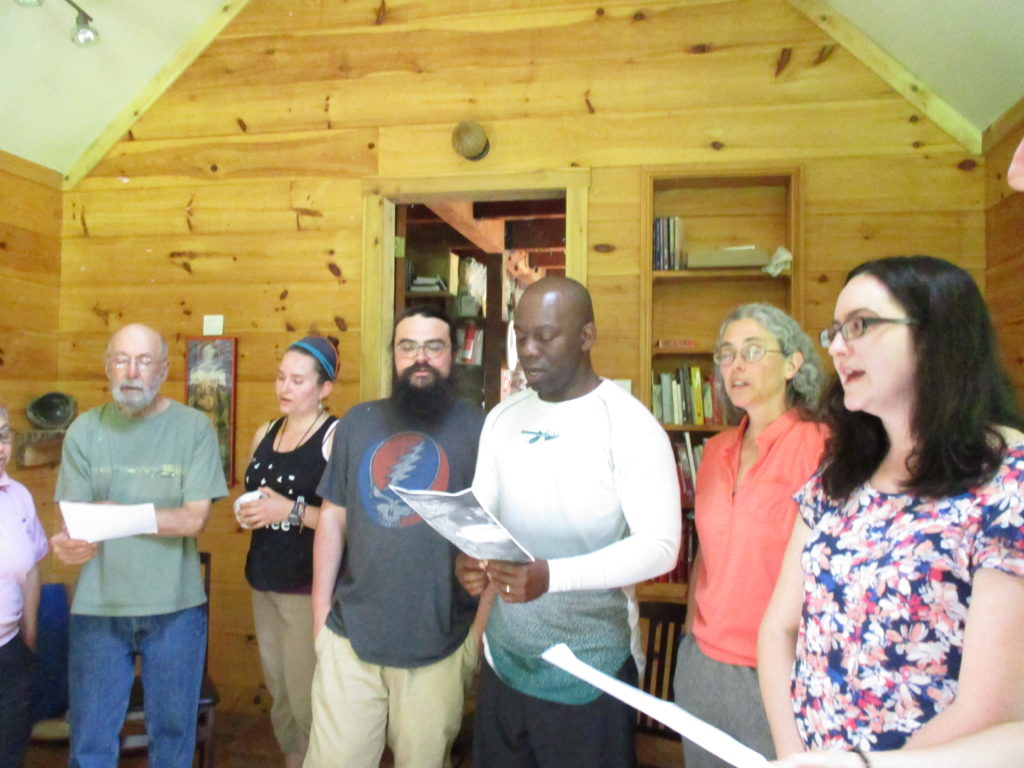 Mission Council singing in the chapel 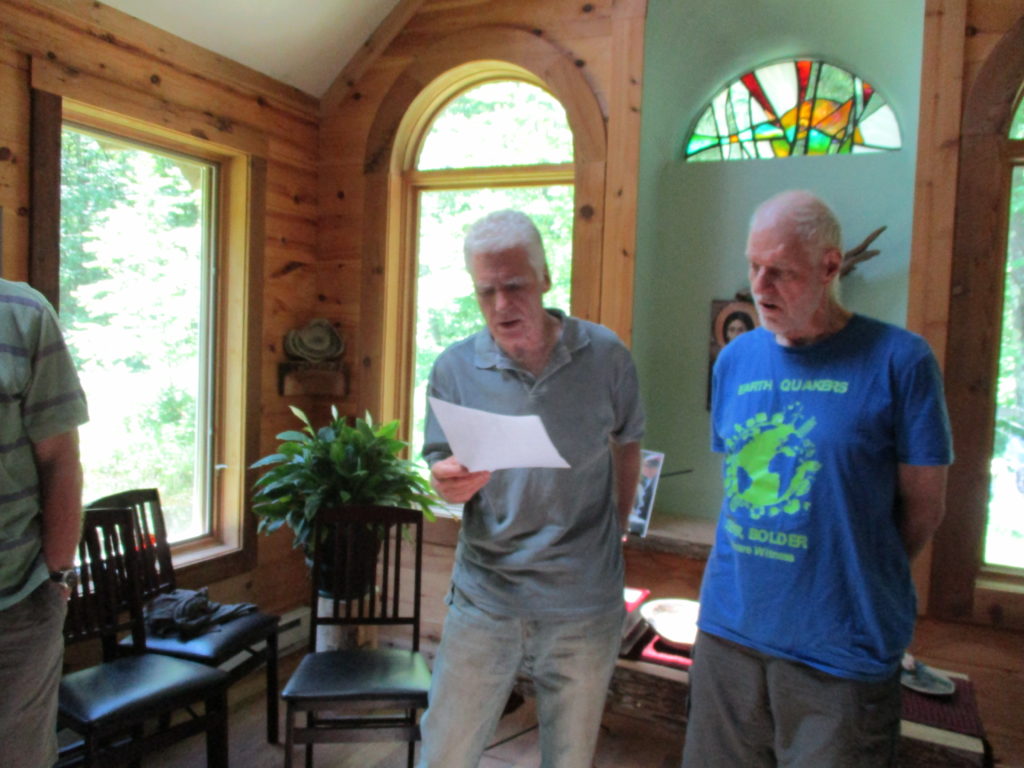 More singing in the chapel 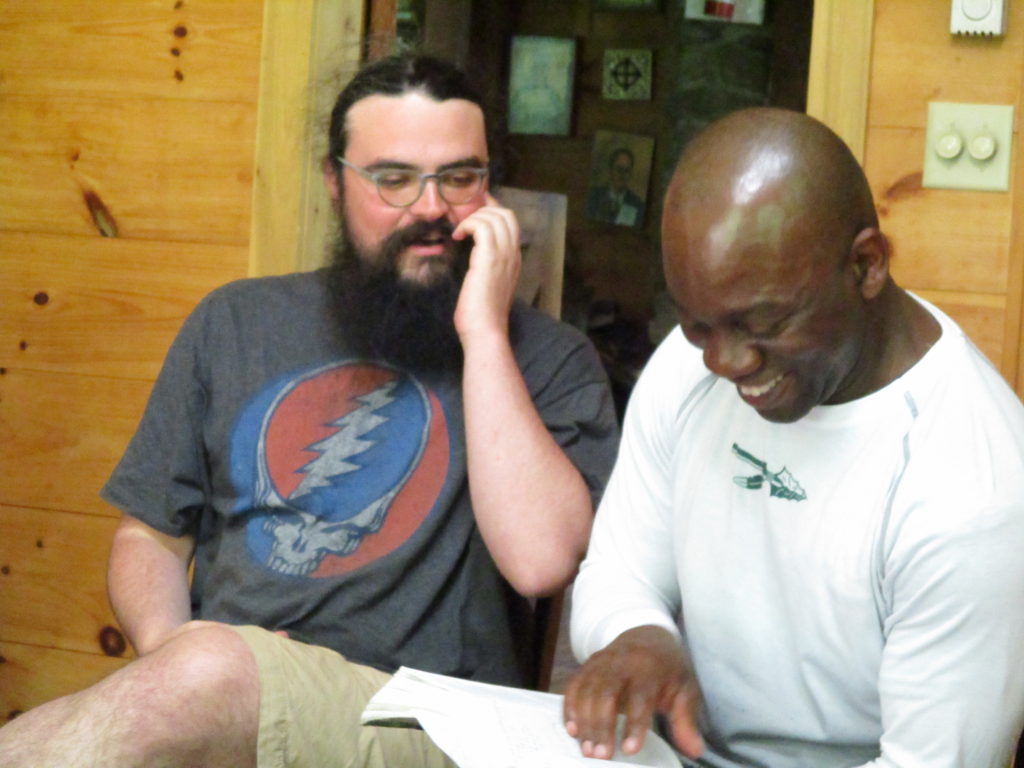 Jim and Edgar reading from the Bible 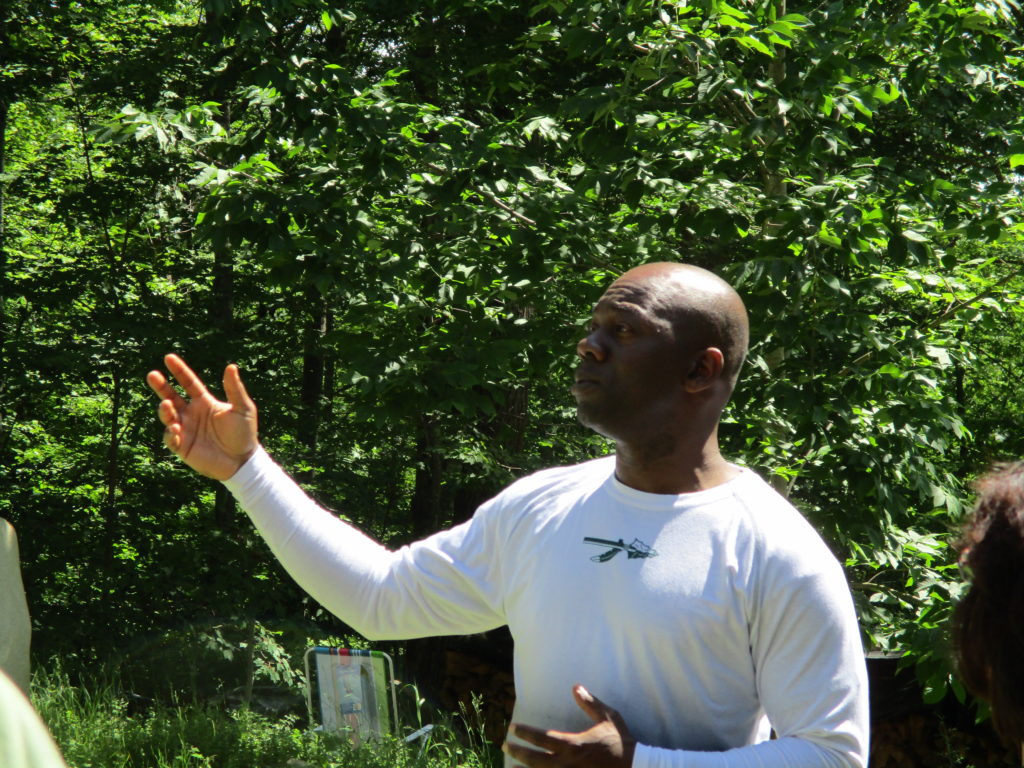 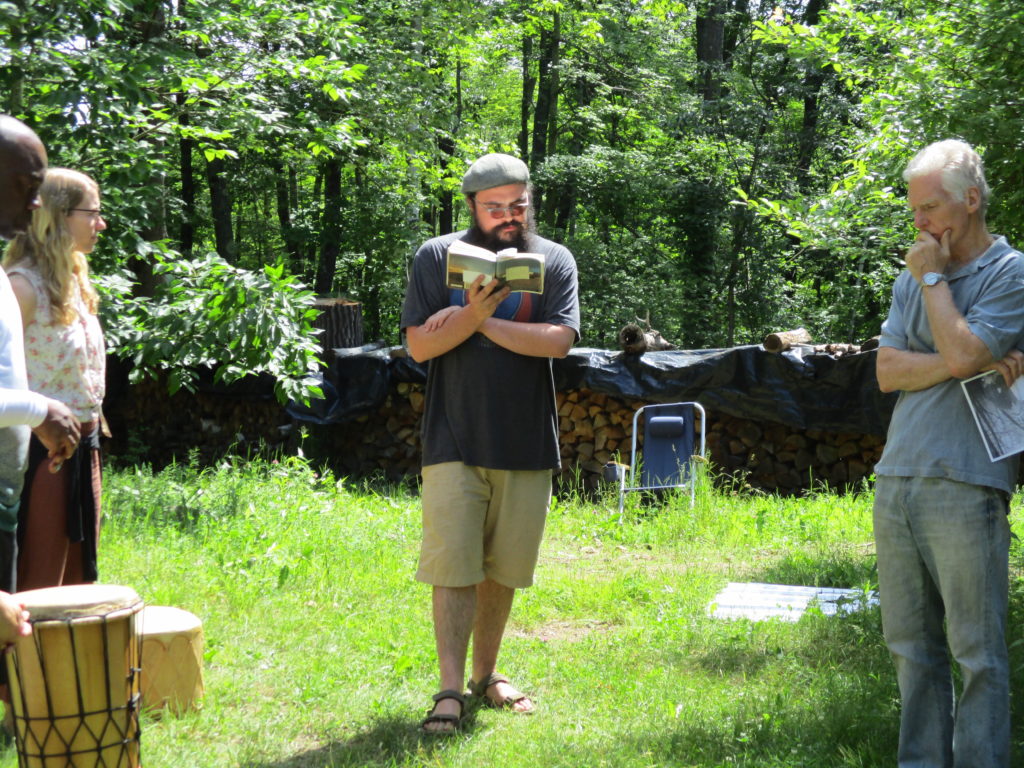 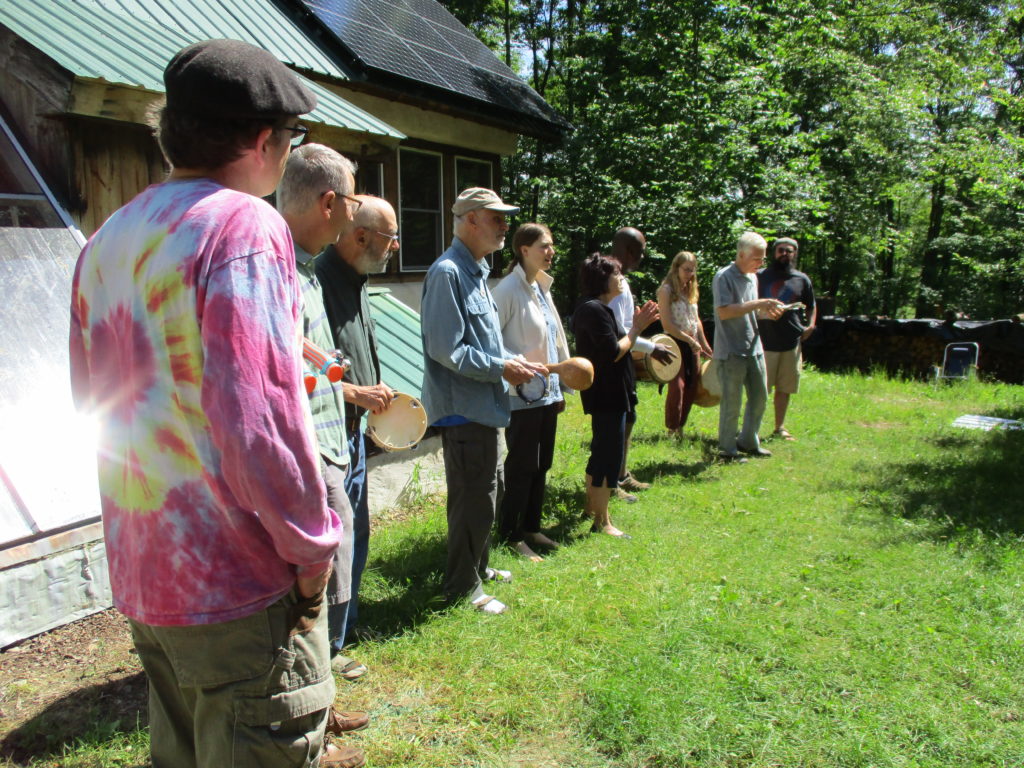 Mission Council drumming and chanting “The Earth is Our Mother” 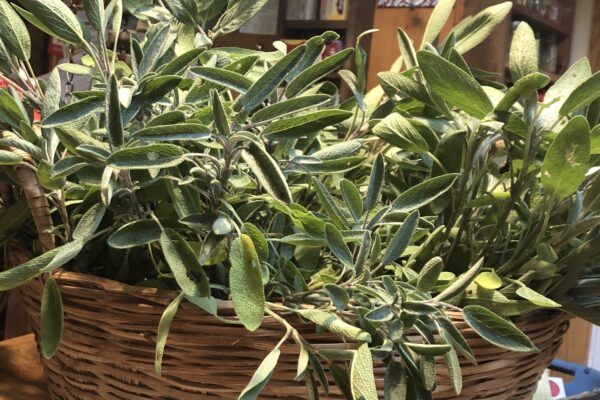 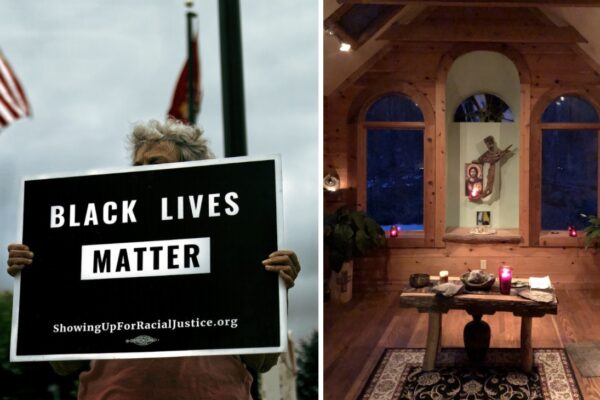 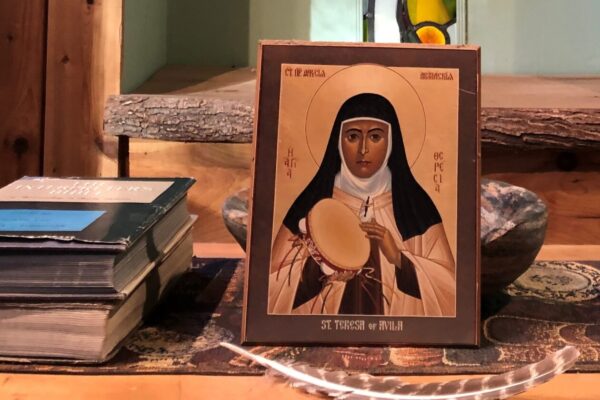 The Feast of St. Teresa of Avila