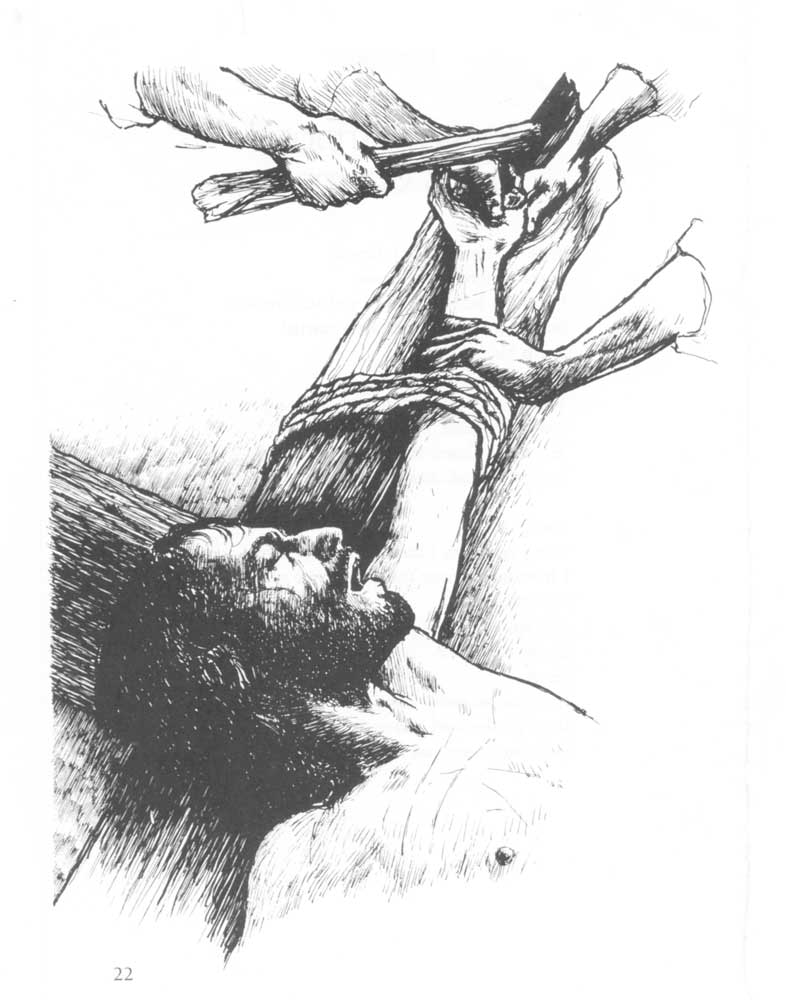 This Sunday morning at St. Edith Stein Catholic Church in Brockton, MA, I heard one of the most abominable Pentecost sermons that I have ever been sub­jected to in my seventy-five years of Sunday Masses. The homilist, an ordained deacon of the Archdiocese of Boston, explained Pentecost to the congregation by telling an extended story on how the Holy Spirit guided Pope Pius XII to participate in a plot to kill Adolf Hitler.

Pius XII was more than likely in cahoots with people who were trying to whack Adolph Hitler, because he was in ongoing contact with Wild Bill Donovan and head of the OSS (the precursor of the CIA) during WWII. As his successor, Pope John Paul II was in constant contact, maneuvering and contriving with the head of the CIA, William Casey, through ongoing blacked-out fights by Casey between Washington and Rome during Ronald Reagan’s Presidency.

But such has been the history of Popes and the papacy for over a thousand years down to this very day: political intrigue, espionage, war, the overthrow of govern­ments, spying, moles, assassinations, pro­paganda, block opts, etc. In fact it is hard to imagine how anyone could be elected Pope today that did not have the CIA’s and NSA’s Imprimatur, as in times past the selection of a Pope had to be formally approved of by various European political powers.

There can be no contradiction between the Holy Spirit embodied in the Nonviolent Jesus of the Gospels who teaches by words and deed as the revealed will of the Abba God a Way of Nonviolent Love of all, friends and enemies. It is to fill a congre­gation with craziness and untruth to even suggest that the Holy Spirit guided anyone, including a Pope, to be an assassin in total logical contradiction of the teaching of Jesus in the Gospels. Father, Son and Holy Spirit are One, are simple; there is no contradic­tion within the Holy Trinity; there cannot be any contradiction within the Holy Trinity, amongst the Father, Son and Holy Spirit. The Holy is the same for each, is each, and the definitive, infallible truth regarding what that Holiness consists in is revealed in the words and deeds of Jesus in the Gospels.

The God Jesus reveals to humanity is not an absurdist, teaching one thing as truth on Monday and the opposite of it as truth on Tuesday. What Jesus reveals about the Holiness of God is and must be the same on Monday, Tuesday and forever for the Father, Son and Holy Spirit. “Heaven and earth may pass away, but my words will not pass away,” says Jesus Christ.

What this deacon did to a captive audi­ence from the pulpit at Mass this Sunday morning is being done Sunday after Sunday from pulpits by priests and deacons across the U.S. with the approval of the Bishops, namely, the mad, illogical and clever mili­tarizing of the minds of Christians under the auspices of helping fellow Christians put on the mind of Christ. So, let me leave the penultimate word on this evil—and it is evil because it is deception whether real­ized or not—to Pope Benedict XVI from is University of Regensburg address:

“Here I am reminded of something Socrates said to Phaedo. The truly divine God is the God who has revealed [Godself] as logos and, as logos, has acted and contin­ues to act lovingly on our behalf. It contin­ues to be the love, agape, of the God who is logos. Not to act with logos, is contrary to the nature of God.”

The Catholic Bishops of the U.S. in their 1983 Pastoral on war and peace, The Challenge of Peace, make this clear beyond all question or doubt when they proclaim, “There is no notion of a warrior God who will lead the people in an historical victory over its enemies in the New Testament.” The God of the New Testament, the Holy Trinity, and no Person of the Holy Trinity, can ever be an agent for the assassination of an historical enemy or for any homicidal act direct against an historical enemy—and that is the Gospel truth, and should always be the clear communication from the pulpit and in all religious education classes.

-Emmanuel Charles McCarthy is a co-founder of Agape and a Melkite priest in the Eastern Rite.