Long Way Out by Nicole Waybright 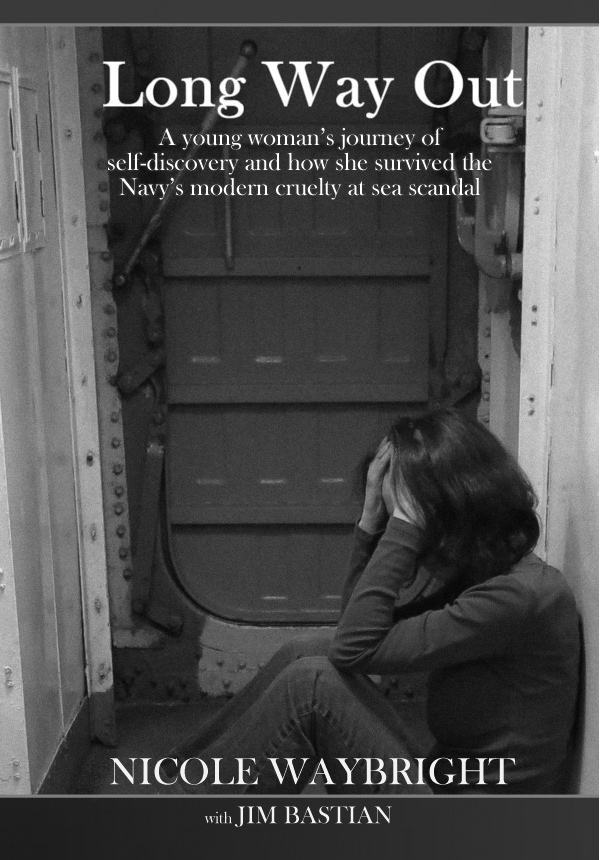 Editor’s Note: Agape met Nicole at a Veterans Day peace rally last fall.  She read excerpts from her book, Long Way Out, at our Annual Brigid day event, which moved all who heard.

My story explores the psychologi­cal crisis I underwent while in the military, telling the true story of my coming-of-age struggles during my deployment as an officer on a U.S. Navy destroyer. It is a Jungian-based journey about a woman in crisis, a situation that is relatable to anyone who has faced threat­ening crossroads and times of personal doubt, in or out of the military.

In my personal case, the catalyst for my journey through the individuation process (defined by psychiatrist Carl Jung in the early twentieth century) was the experience that began once deployed to my first ship. I discovered quickly that I was unsuited and philosophically opposed to Navy life. Facing a five year obligation and serving alongside a tyrannical execu­tive officer only added to the psychologi­cal torment and sense of personal crisis.

Alongside my turbulent psychological journey, Long Way Out offers a glimpse into the tragic story of the notorious execu­tive officer under whom I served – the first woman in U.S. history to command an Aegis destroyer and be stripped of com­mand for “cruelty and maltreatment” of her crew. TIME magazine later called this commander “the Female Captain Bligh.”

My narrative is recounted in graphic and historically accurate detail based on five years as a commissioned officer in the Surface Warfare (SWO) Navy where I served as a naval officer onboard a guid­ed missile destroyer and an amphibious assault ship from 1996-2001. I was in the first wave of women to be stationed aboard combatant ships after Congress lifted the ban on women serving aboard warships following the Tailhook scandal in the 90s.

In the unlikely ending, I emerge with a radicalized self-understanding, committed to seeking self-awareness and exploring my new-found interest in building a cul­ture of peace.

Long Way Out is available on ecrater.com (print) and Amazon (print and ebook Kindle).

NICOLE WAYBRIGHT is a full-time writer and featured speaker who resides New England with a BS in Mechanical Engineering from Boston University in 1996. Honorably discharged from the Navy in 2001, in 2006 she received her MA in Spanish Literature from the University of Rhode Island. She serves on the National Board of Directors of Veterans for Peace and the Executive Committee of the Boston Chapter.