Finding Community by the Water: A Reflection on Saint Francis Day at Agape by Oliver Mesmer 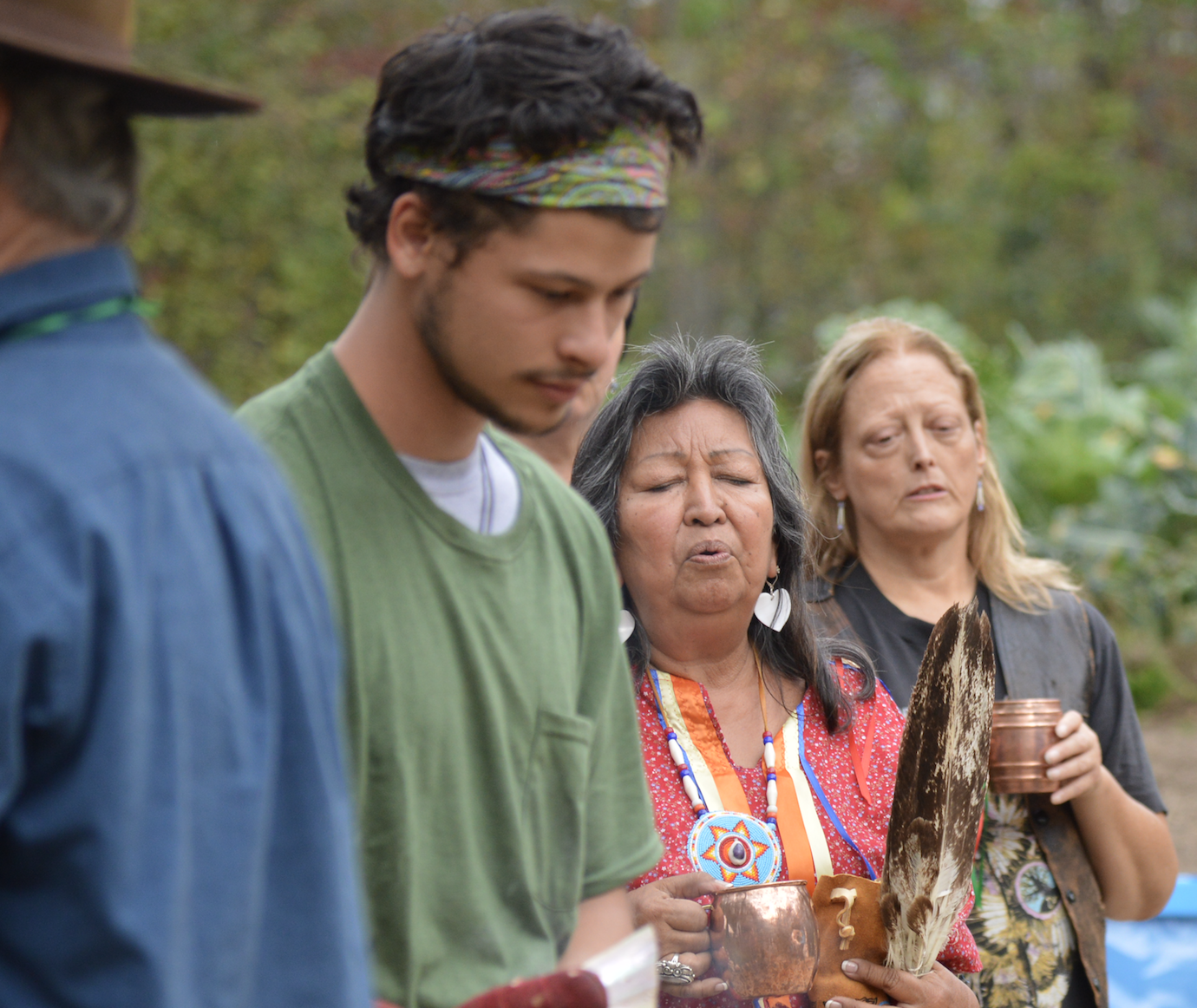 Agape’s Francis Day brings people together from all for the purpose of peace. I came to help lay the groundwork for the event to run smoothly, arriving, somewhat unprepared, on a Sunday evening a week prior to Francis Day, fresh from a three month adventure in Europe. Adjusting to life in a small community was a challenge.

A significant part of my journey was spent in community–a week at the Iona community in Scotland, a week at the Taize community in France, and a month immersed in the community of pilgrims making the journey along the Camino de Santiago. Each had its own rhythms and routines–Taize’s around singing worship services; Iona’s around building group intimacy. On the Camino, the days were about walking until the next village appeared. The tradition of pilgrimage, an ancient practice with a meditative and purposeful nature, goes back millennia.  Community forms spontaneously, shifts with time and diffuses into the pool of arrival, the city of Santiago.

Similarly, Agape has its own rhythms, a unique life energy which flows through the garden, around the oak tree, up the trail to the hermitage and down to the firewood stacked beyond Brigid House.  The oft-repeated ethos at Agape is:  “We work hard and we pray a lot.”  And so we did.

While preparing for Francis Day, we woke up early to assist Grandmother Bea and her friend Peggy, two native women from Michigan, who led a women’s procession to the water at Standing Rock, where Brayton met Bea.   I was joined by two other interns, Joe, who arrived a couple days after me, and Matt, who had been here all summer. We were the go-to guys for manual labor such as digging the hole for the Haudenosaunee (Iroquois) White Pine of Peace into which the ashes of the Doctrine of Discovery were placed.   We cleared weeds and grass from the garden, moved rocks, set up chairs, raked leaves, moved the rocks again, and cleaned the house, all in preparation for our many guests.

I was exhausted, but proud to be a part of something bigger than myself – a significant gathering aimed ambitiously, yet simply, towards listening to voices too long ignored as important as our own if we are to follow the teaching of Jesus.

This practice of listening to marginalized voices became especially salient for me during my third year of college.  Friends in the Native American community were part of a campus movement, in response to subtle, systematic suppression as well as overt racist incidents which sought to elevate the voices of students of color, of various racial and ethnic backgrounds, who had been ignored for too long by the institution. I took part as a witness and a support to my Native friends, seeking to understand my own biases and what role I could play in reconciliation, learning that reconciliation starts by listening with compassion.

I don’t think a single person walked away from Francis Day without having felt something powerful about reconciliation between Native communities and White settler communities as one of the healing projects of the twenty first century. The only future worth working towards is one built solidly on community – celebratory of all voices, especially those who have been pushed to the side in the past.  The compassionate and non-violent community that Jesus calls for is open to all generations, ethnicities, religious traditions, genders, and sexual orientations.  Nothing could be simpler or more challenging.

The musical group “Medicine for the People” has a lyric: “Uniting the nations is gonna take some patience.” May we be blessed patience, noticing our breath, thoughts, and habits of mind, what mental barriers separate us from those around us? How can I be a part of the healing?

Grandmother Bea began each day at Agape with prayer outside as the sun rose over the trees performing her water ceremony with us acting as willing assistants. We ended the ceremony calling in loud and powerful voices, “What is life!”  “Water is Life!” “El agua es vida!” “Mni Wiconi!”  May we live in intimacy with our water and in peace with each other.

Oliver is a Yale grad (2017) who wants to tour communities in the US and who contributed greatly to life at Agape.