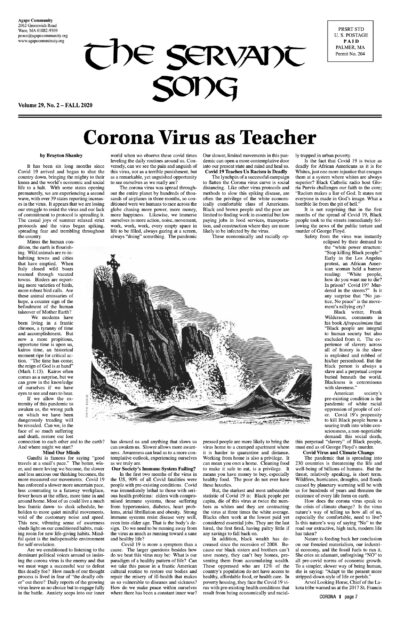 Note:  Agape’s witness Against the Death Penalty for Dzhokhar Tsarnaev can be found in the chapter, “Judy and Dzhokhar” of the Agape co-founders’, Suzanne Belote Shanley and Brayton Shanley’s, memoir: Loving Life on the Margins: The Story of the Agape Community.

Dzhokhar Anzorovich Tsarnaev was convicted of terrorism in planting pressure cooker bombs at the Boston Marathon on April 15, 2013, along with his brother Tamerlan Tsarnaev. The bombings killed three people and injured approximately 280.

The First Circuit Court of Appeals in Boston reversed Dzhokhar Tsarnaev’s death sentence rendered on June 24, 2015 in the Boston Marathon Bombing case. Excerpts below are from an interview with Daniel Medwed, Northeastern University law professor:

Daniel Medwed:  Appellate courts scrutinize death penalty trials carefully.  It found that Judge O’Toole should have engaged in a more thorough and robust questioning process of prospective jurors and allowed defense lawyers to dig more deeply into what jurors specifically might have heard, read or watched with respect to media coverage of the case. … where there’s a lot of pretrial publicity, trial judges have to do much more than is the typical case to make sure that the jury isn’t biased. Here he (Judge George A. O’Toole) simply didn’t do quite enough.

The second issue that the First Circuit cited was that Dzhokhar Tsarnaev was deprived of the chance to fully develop the argument that his late brother, Tamerlan, was the driving force in the bombing and that Dzhokhar was more of a sidekick. … called mitigation evidence, an attempt by the defense to convince the jury to spare his life. The judge didn’t allow Dzhokhar to introduce evidence that Tamerlan had perpetrated a triple homicide in Waltham, an unrelated crime to develop that argument.

President Trump and Attorney General Barr, in collaboration with our local U.S. attorney’s office, may seek a new death penalty trial. The Justice Department, led by US Attorney General William Barr, must choose among three options: Appeal the ruling in the hopes that a higher court will restore the sentence; return to court in an effort to convince a jury to sentence Tsarnaev to death again; or abandon the pursuit of capital punishment — secure in the knowledge that Tsarnaev will remain in prison for the rest of his life regardless of the latest ruling.

The Verdict: “Dzhokhar’s death sentence was devastating—guilty on all thirty counts.  Given Dzhokhar’s age at the time of the bombing (19) and other mitigating family circumstances presented at the trial, we had held out some hope for a sentence of life in prison.  But the combined suffering of hundreds of victims obviously took its toll on the jury, death-qualified by virtue of being eligible for selection only if they identified themselves as able to vote in favor of the death penalty given the circumstances of the conviction.  If a potential juror, acting in conscience, expressed moral grounds of opposition to execution, he or she would be disqualified from the beginning from serving on the jury.”