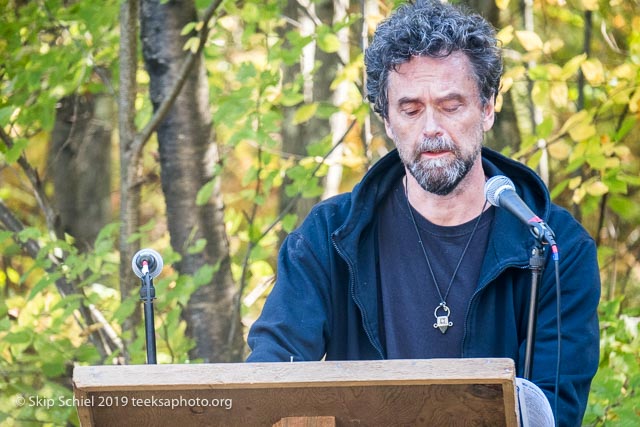 I am preoccupied with the contradiction between potential of “people power” and the state of the world today, and am therefore focused on how we can learn from each others’ experiences—both successes and failures—to build on these experiences together.

When visiting Brazil, I was inspired by landless workers—who occupy land and create settlements when they get titles to land. Numbering some 1.5 million people, such settlements represent hope, these workers, achieving something even more than Gandhi was able to. Gandhi’s “Building up a New Society” in the form of the Constructive Program was unsuccessful, but the landless workers HAVE been able to achieve this “new society”.

While visiting a recent land occupation settlement, I saw their successes: a soccer field; community kitchen; a garden and a health clinic, all built together from their scarce resources. Some of them have been evicted 10 times over 7 years, but with assistance from urban, middle class supporters, including lawyers, they later prevailed, starting over from scratch, eventually getting the rights of a piece of land. Their resilience wore out the “state” as the movement succeeded in liberating land the size of Cuba, since the 80s!

When some days later I visited an established community of the landless workers movement, one created after they had won the land titles after years of occupation, I saw a new and modern health clinic doing natural medicine and offering conventional medical assistance by doctors and dentists to all in the area for free, it became clear for me how these communities were “planting the seeds of a new society.”

I saw the same kind of constructive resistance in building up a new society among the Native Americans at the White Earth reservation in MN, when I visited them. In their fight against the planned pipeline they do as they have done for hundreds of years to prevail against colonial genocide: recreating their culture and community.

They were recreating the old tradition of wild rice farming, using solar energy to heat, farming hemp plants, and creating camps to prepare for more people coming to resist. I saw a “Welcome Water Protectors” billboard for people, inviting also white folks to join their movement to stop the pipelines. These are creative resilient ways to create community WHILE we resist.

At Resistance Studies, our work introduces people to this type of resistance and to build a knowledge base of our earlier struggles. We try to build bridges and form collaborations between the experienced activists – the “professors of the street” – and the activist-oriented academics, forming new knowledge about how to resist domination in effective and resilient ways. We see a contradiction with the preoccupation with “protests”, where we as activists believe we can radically change society by shouting our demands to the rulers, and appeal to the system to change itself. We need to get out of the ritual of going to our capitals to march and shout, as that is not what ultimately matters; rather, we need to find transformative creative ways (shouting slogans doesn’t always make a difference) to include a “Yes” and “No” component to our actions. It is a matter of creating direct action, creating the solutions and the transformation of society, and undermining the dominance ourselves, here and now, not appealing to the rulers.

Let the rulers come and protest our changing of the society instead. Some years ago, I wrote a book about this, suggesting a new Theory of Nonviolent Action: How Civil Resistance Works (ZED Books). And our unique academic journal, The Journal of Resistance Studies is a place for critical reflections on these ideas. My latest book, which will be out in November, Everyday Resistance, is about how ordinary people who do not call themselves “activists”, without being organized, are individually doing seemingly small, and often disguised or hidden, forms of resistance in their everyday, in neighborhoods, in their family, and at the workplace, something which is often not recognized.

Many think this form of micro-activism is mundane, petty, and ineffective. But when thousands and sometimes even millions of people are, for example, working slow, and “borrow” equipment at their work, use work hours to do private things, it can amount to a tremendous accumulated force of resistance. And, sometimes this kind of hidden, everyday resistance is the only alternative. In some very brutal regimes, standing out with public and collective resistance makes the resisters targets for very brutal repression.

We need to build a revolutionary movement, and then we need to understand from where our capacity to create mass mobilizations comes.

We live in a time of a fundamental crisis regarding the systems of our economy, our politics, and our culture. We see a climate that is collapsing in front of us.

Global inequalities between people are increasing every year and the dignity of all people is neglected as our colonialism continues and our military is increasing. We have a fundamental challenge to renew the world, our society and humanity. The answer is not individual bravery or technical innovation, government actions or corporate solutions, and institutional religion. All of them are somewhat needed, yes, but these entities will only move if we do.

We need first to love every living being, people of all kinds, as well as our opponents. We might not feel the love for all, but we have to act in loving care and that counts also for our four-legged relatives. But our love will not be a loving care if we are not also resisting the systems of dominance exploitation. Our resistance will be futile if we are not creating new ways of living together, and creating alternatives to the imperialist system we try to transform. We need to build up the new societies through constructive work and to recreate what it means to have families, to have education, health and agricultural politics, as well as trade amid societies of diversity. Our new societies must include the dignity of all genders sexual orientations, races and identities, religions, ages and abilities.

Our communities of love, resistance and construction in diversity will be the seeds of the transformative force of a new humanity. Our “yes” and “no” will have to be strong enough to transform our world. Nothing less is needed of us. Don’t be fooled. This is exactly what is needed, and the only answer. We’re not alone in this big challenge. We can be guided and inspired by those who are going ahead of us, those who live in the frontline communities.

Communities of love, resistance and constructive work such as these in Brazil and Minnesota, with the passionate energy and the daily work of both the “yes” and the “no”, are the future. They create what we need instead of the dominant systems, but they also demonstrate the resistance against what is still denying dignity in life. Agape is one of those transformative forces for the new humanity and a possible future.

Stellan Vinthagen is a professor of Sociology who directs the Resistance Study Initiative at the University of Massachusetts, Amherst. Stellan has offered his experiences in many settings at Agape, and we are eager to learn more. 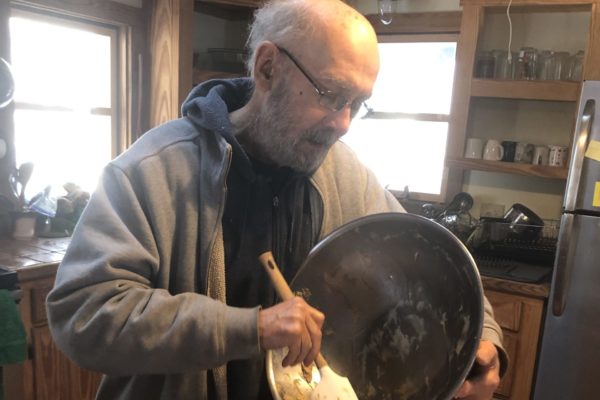