Agape’s Annual Advent Evening begins with a circle in the dark around a bonfire, with readings from the Prophet Isaiah and a procession into Francis House, where participants are greeted with Princess Pine picked from Agape’s homestead where it grows abundantly.

This year’s homily will be given by Eileen Markey, author of newly released biography (Nation) “A Radical Faith: The Assassination of Sr. Maura”

Eileen Markey, a journalist who has written about poverty and urban policy since 2000, is a graduate of Fordham University, a native of Springfield and a friend of Agape. Her work has appeared in the New York Times, the Wall Street Journal, New York Magazine, the Village Voice, America, Commonweal and National Catholic Reporter.

Young and old participate in the blessing of the Advent Wreath, focused on the birth of the nonviolent Prince of Peace and petitions for mercy in our complicity as a country in war, antithetical to the nonviolent life and teachings of Jesus. 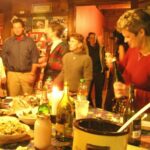 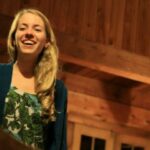 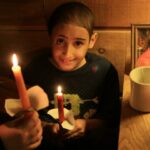 An Event for the whole Family 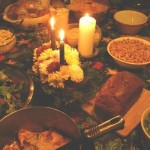