THE 2015 ISAAC HECKER AWARD FOR SOCIAL JUSTICE Suzanne Belote Shanley and Brayton Shanley of the Agape Community have been chosen as the recipients of the 2015 Isaac Hecker Award for Social Justice! Agape was founded in 1982 by the Shanleys and Fr. Emmanuel Charles McCarthy when they decided they needed to live out their Catholicism according to the uncompromising dictates they understood from the Gospels. The community lives off the land, growing its own food, rather than support agribusiness; uses solar power to reduce their reliance on fossil fuels and minimize their contributions to energy companies; drives a vegetable grease-powered car so as not to feed the need for oil, which they believe leads the country to war. Members lead workshops on nonviolence, teaching the lives of Christ, Gandhi, Martin Luther King and Dorothy Day to college students and parish groups. In addition, the community is a constant presence at peace demonstrations and protests against torture, the death penalty and mass imprisonment. They spearheaded the Catholic Call to Peace, a nationwide petition against the war on Iraq and over the years has hosted people recently released from prison, established internships for homeless people and hosted women fleeing abuse. Agape is an experiment in making the truth of God visible in the human world. Please join us on January 24th at our 5pm liturgy to celebrate this extraordinary couple.

Since 1974, the Paulist Center Community has presented the Isaac Hecker Award for Social Justice to an outstanding North American Catholic. Recipients of the award have included locally and nationally recognized women and men — lay people, sisters, priests, and bishops. Some have been involved in direct service to those in need, others in advocacy work and the transformation of structures and institutions. Many of the recipients have been committed to both these dimensions of social action. Most of them overtly and directly connected their faith and action. All have been committed to building a more just and peaceful world. Please view our list of past recipients.

Isaac Hecker, founder of the Paulist Fathers, was particularly concerned with the growth and development of American Catholicism. Isaac Hecker and the early Paulists devoted themselves to mission preaching, communication of the Word of God. Hecker’s spirituality involved looking to the heart, listening to the Spirit, and living in America. The Award was named to honor Isaac Hecker. 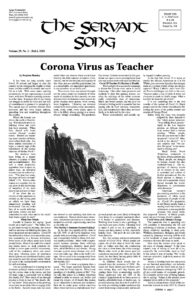 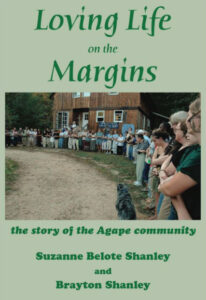 Loving Life on the Margins: The Story of the Agape Community.

The book describes the community’s rich background of gospel-based nonviolence, interfaith perspective, and action on such issues as the death penalty, war, racism and environmental degradation.