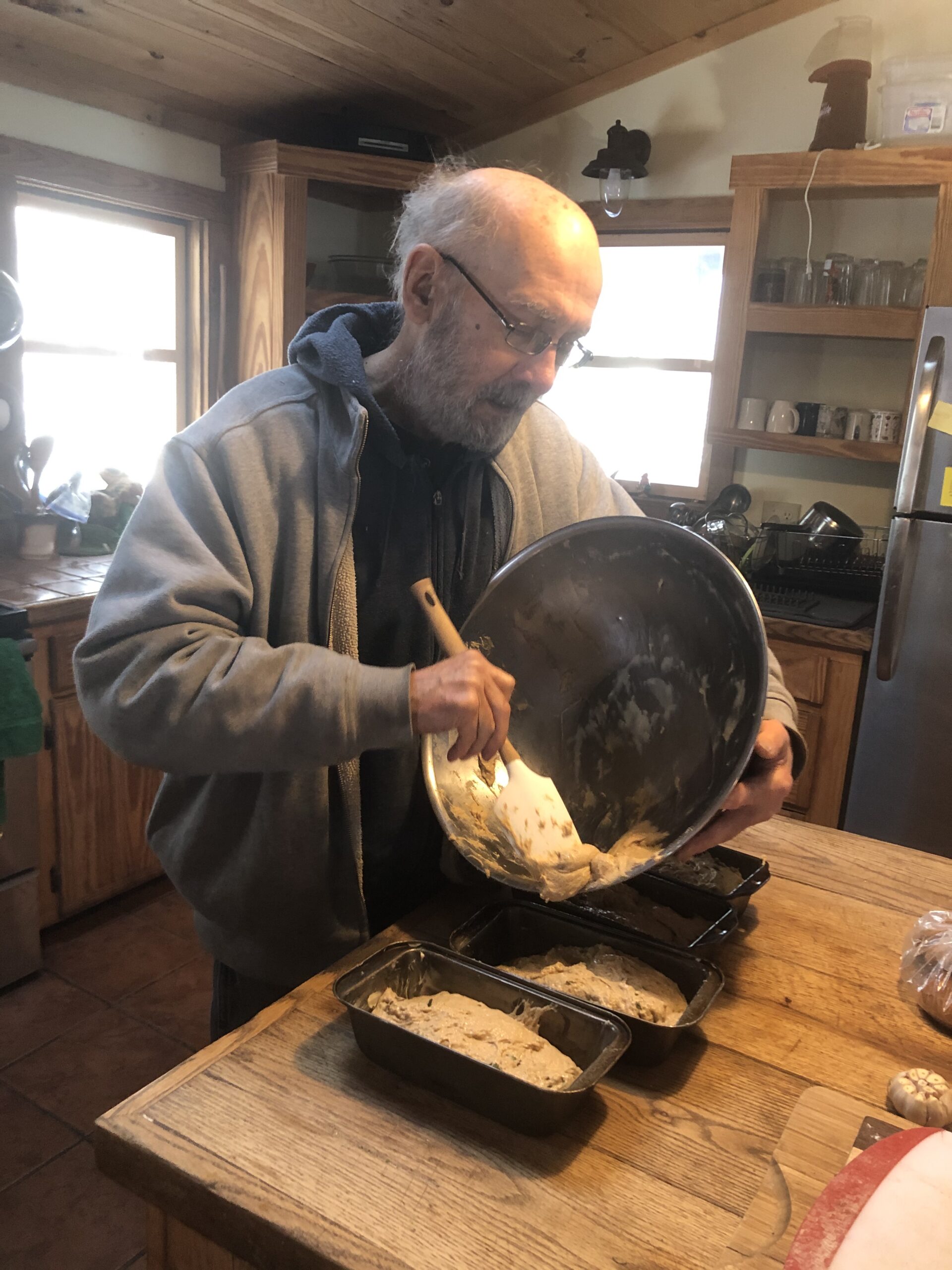 I have lived at the Agape Community for almost five years and have been unable to produce an account of this time for this publication. Gentle prodding has had no effect at removing whatever blockage has been stopping me. Recently, however, I was asked if I would respond to a prisoner serving a life sentence who had written asking whether anyone would be willing to “share with me what life is like there in Agape Community.” Somehow this seemed more doable than “writing an article for Servant Song.” I stumbled upon Agape about ten years ago somewhat accidentally. For almost five years I had an off-again, on-again relationship. Time would go by and I would receive a call from an intern saying something like “You are invited to our St. Francis Day event” or “We would love to have your help at our annual June work day.” This tenuous connection gradually strengthened to the point that I was volunteering on a weekly basis and considering a residency period. When my living situation required a change, Suzanne, Brayton and I decided to go ahead and try it out for a month. A month became three, then six, then a year and now it will be five years in March. I came without any religious formation to speak of, and no formal training in non-violence. I had grown up on a homestead of sorts, and have been self-employed for most of my life, so I felt at home with the daily routine of work and simple living. I was told early on that at Agape “we work hard and pray a lot.” I felt right at home with the first part of this, but I had no idea about praying. I had tried it a few times on my own and nothing seemed to come of it, whereas I could build a house or barn or bookcase and have something to show for it. Another way of saying it was that I had the labora and needed to learn the ora part of St. Benedict’s rule. I have lived at Agape for about as long as it takes to get a college degree, and I see certain parallels. If I had come to Agape to learn to pray, what else did I need to now? My freshman first year here was about figuring out what happened at an intentional lay Catholic community. The second, sophomore year was discovering how I could contribute and what I had to offer. In the third year, I began to get a sense of meaning and mission, such that I could be a more active participant in the life of the community. By the fourth, senior year, I could begin to find ways to become more effective at carrying out what I understood Agape’s mission to be and how I intersected with that. I am now, by this metaphor, into post-graduate work. The path before me is clear. Agape has become my home and where I am supposed to be. I still have much to learn, and I can think of no better place to do it than here at Agape.