Agape at Fordham and the Native Nations Rising March

Written by SuzanneShanley on March 14, 2017. Posted in Uncategorized

Brayton and Suzanne were invited to Fordham University to speak in classes taught by Eric Martin, who just edited a book of letters of Dan and Phil Berrigan, called The Berrigan Letters.  Eric’s class was a diverse one, with continuing ed students who listened attentively to two guys from the Catholic Worker, St. Joseph House, Bud and Jim, as well as we Agape folks. We stayed at the Jesuit Residence in the Bronx, just outside of the Fordham campus, with the Jesuit Scholastics, hosted there by Andrew Hansen . James Robinson, in the theology PhD program, whom we met last year at a Harvard talk, sponsored Brayton in one of his classes of 35 first year undergrads. 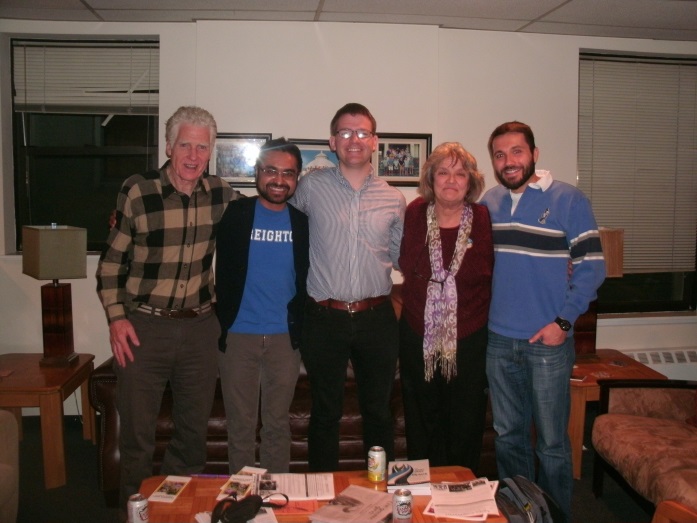 We left the Jesuit House at 4 am to attend the Native Nations’ Rising March on Friday at 10 am.  When we arrived at the site of the gathering, we were greeted by the sound of Native Drums and chanting, stirring our souls to the quick, tears coming to our eyes.

We left the site of the Army Corps of Engineers, who now had the go ahead from Trump to violate Native Trust and complete the previously halted DAPL pipeline (Dakota Access Pipe Line) by Obama.  The symbolism was direct and compelling.

We walked with a sense of stillness and reverence towards the Trump Tower Hotel, where some of the Native people constructed a tepee in front of the tower, while Native women chanted and danced.  We joined in the chant and the repeated refrain of “Let us in.  Let us in.” 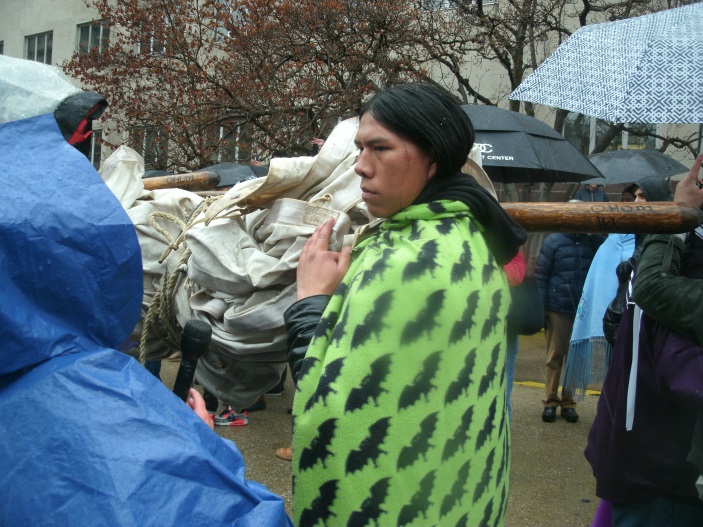 The day ended at the Mall in DC where we gathered to hear impressive Native speeches, including that of a young man of 16 who led the event which included voices of women, of several chiefs of various tribes. We will be looking for ways to continue to support our Native Sisters and Brothers in resisting DAPl and the ongoing movement of Standing Rock is Everywhere which is a symbol of the resistance modeled on the nonviolent resistance we all learned from Standing Rock. 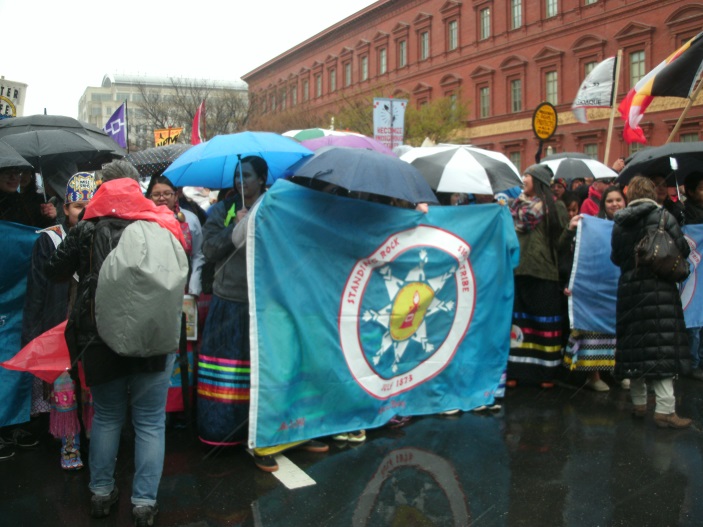 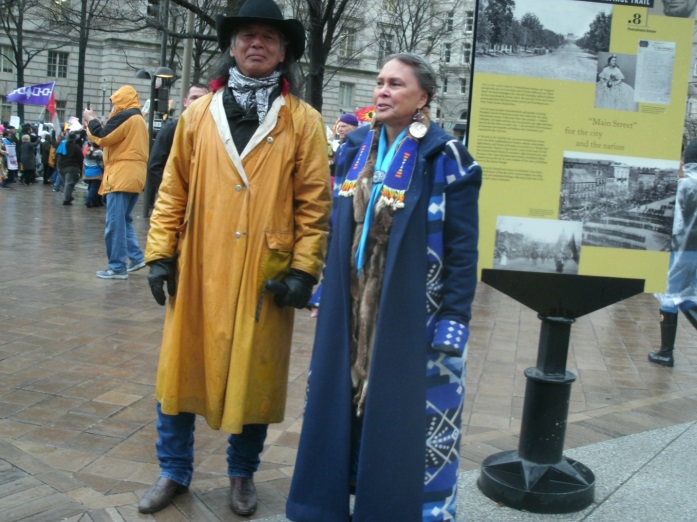 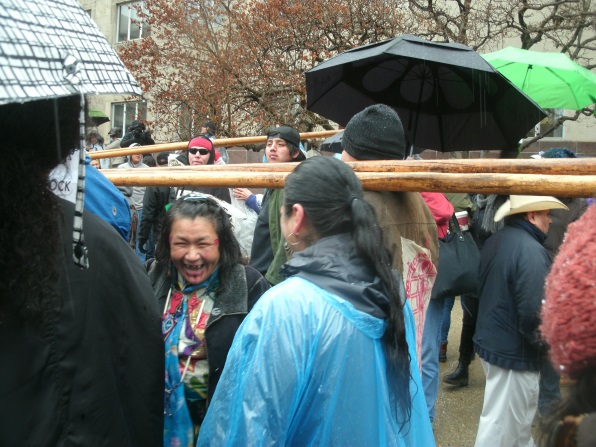 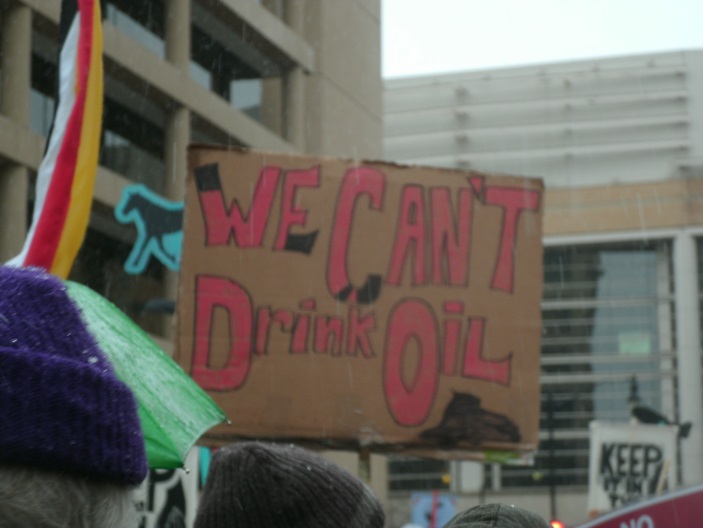