Welcoming the Stranger at Agape 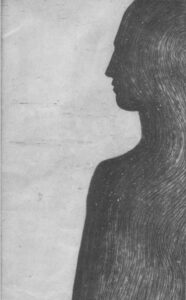 One month before arriving at Agape I wrote in my journal: “Change is scary. Change is fluid. Change is evident. Change is unexpected.” While I was referring to the ending of my freshman year of college and the subsequent transitions that are bound to happen, I find that this sentiment is just as true when describing my time at Agape. Throughout my life, spirituality has been shown through the inexplicable rarity of coincidence which can only in my mind, be Divine. This truth is revealed when meeting a “stranger” and simultaneously somehow clicking with them, having someone you met two weeks ago radically change your beliefs on the world. It is having people come into your life who are already living your dreams and goals, willing and excited to share their wisdom and truth with you; or meeting someone for the first time you feel you already know. For me, God, wisdom, truth, conviction and honesty have always shown themselves through words and encounters with those people I know I was supposed to meet. I didn’t always feel that right away.   At Agape, a man named Logan drove up the driveway unexpectedly. He looked a little different, and mentally I put him into the category of “stranger.” I was hesitant, uncomfortable and guarded. I didn’t know why he came and what his intentions were. I shied away from conversation, from engaging with someone I didn’t intrinsically know or understand. I felt fear. At lunch, I barely spoke (quite a rarity for those who know me). However, as I was put on “dish duty” with Logan, he continued to try to engage. I was forced to face this “stranger” as we washed and dried dishes. We began to talk. Slowly at first, but eventually, I saw that he was just another human. I asked him: “How did you know to come to Agape?” He responded: “The sign said Agape, which means God’s love.   Why would I question that?”   He saw the Agape sign as Divine. His trust and faith in the resiliency of God’s path was so profound that Logan taught me to trust and not to be afraid of what I don’t understand. Strangers are only strangers because we allow them to be. I describe Agape as a magical place in the middle of the forest, where you can come to reflect on your life away from all you’ve ever known. It came at the perfect time in my life. I know that I am a better me and the person I am because of the experiences and people I met at Agape. I remember Brayton saying that if people just showed up at Agape he assumed that was God showing up on your doorstep. And I feel like Agape was a chance for me to see God, in my life and throughout my life. It has also given me a bit of a head start on this “living in community” business.   We met Ally last spring, at DePaul University in Chicago, where she is now a sophomore. She came to Agape for a summer internship and excelled in all she did. We cherish her spirit.