In remarks during a general audience at the Vatican in February, devoted to “the role of fathers in the family,” Pope Francis spoke of correcting children “with firmness” commenting on a father who shared that he sometimes had to “smack” his children, but “never in the face”, to which Francis remarked “How beautiful. …He has to punish them but does it justly and moves on.” 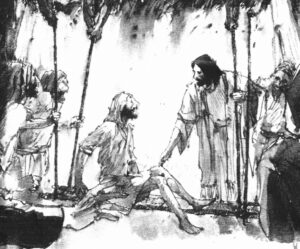