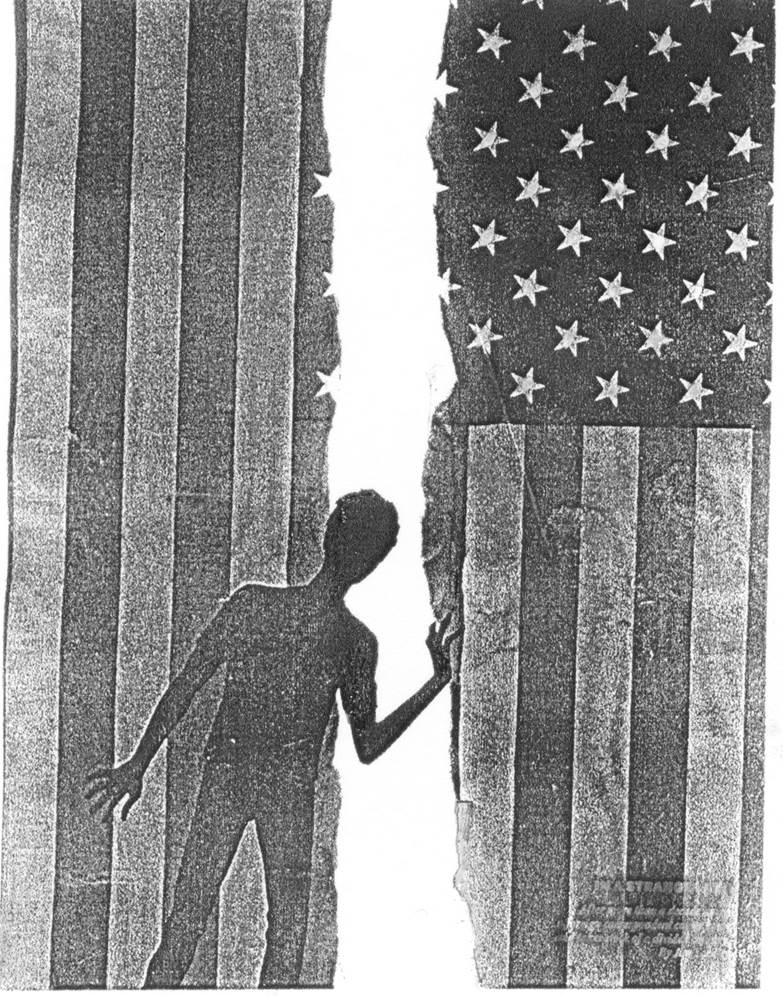 Post-election depression is palpable, all too real. I wonder by the time our readers set their eyes on this piece, written over a week after our national catastrophe, where we will be as a people.  Several days after the deluge, during an interview with David Remnick of the New Yorker, I hear Leonard Cohen’s voice, recorded shortly before his death on November 7th.  Cohen died, ironically, tellingly, the day before darkness descended on the planet and Trump with all that his name has come to signify, triumphed.

That same morning, NPR, Krista Tippitt interviewed the Great Soul, Vincent Harding, before his death in 2014.  Harding, one of the pioneering spirits of the Civil Rights era, spoke of the courage and confidence we need as people of faith, to lift our voices in times of great turmoil. Hearing these two transcendent, poetic and prophetic voices, one an artist-song-writer, spiritual seeker; the other, a gospel centered nonviolent activist, offered a small reprieve from my fixation on the temporal.

Cohen’s last album, “You Want It Darker,” decries prophetically, the response to our national experience, the collective reply–“Yes, we do.”   In the horrifying aftermath of the election, we read morning Scripture, The Book of Revelation, a searing portrayal of our situation as a country, hovering over a secular apocalyptic abyss. We must not shrink from the darkness, says Cohen, the troubadour, “There’s a crack in everything. That’s how the light gets in.”

Cohen confides in Remnick that Buddhism provided him on an “eccentric, superficial level to get you to stop whining.”  For Cohen, “whining is the least appropriate response to suffering.”  Harding, like Cohen, is no whiner, measuring his response to a darkening world by the unfolding need to go “deeper and deeper.”  Together, they exalt the spiritual integrity of communion with the Divine, one from a Jewish, the other from a Christian perspective.

Wanting to avoid my own whining, I pray to Daniel and Philip Berrigan, seek refuge in silence, and put a check on my outrage after forty years of resisting tyrants.   Civil Rights Era songs:  “Woke up this morning with my mind on Jesus” which in the past, offer uplift, offer little consolation today, waking up with my mind on Donald Trump.  It can’t be true!

I realize that today’s “No!” is only negligibly different from the No’s of the past, that the underlying sickness of soul, as Rabbi Abraham Heschel states, remains the same:   “Only one question, therefore, is worthy of supreme anxiety: How to live in a world pestered with lies and remain unpolluted. …to fight and succeed in keeping the soul unsoiled and even aid in purifying the world.”

In finding and using our voices as followers of Jesus’ nonviolence, we can’t avoid cyclical depression and revulsion, linked to a collapsing American Empire, its minions catapulting off the brink of history.   Yet, we hope, and the Book of Revelation confirms, “God intervenes in history.”  “Moreover, you have endurance and have suffered for my name, and you have not grown weary.” (Revelation 2:3)  In the words of Philip Berrigan, before the invasion of Iraq, regarding ongoing protest: “Don’t get tired.”  Intervene.  Resist.

The “bombshell” of this election, a “revenge” vote, giving the proverbial “middle finger” to the so-called establishment, is an unexpected low, but nothing new.  It is time to become Heschelean purifiers–assist in keeping our “soul unsoiled,” to be “stricken with despair, not to flee but to fight. …”

We know purifiers whose legacy inspires and informs, one of whom is Lucretia Mott, the Quaker activist.  According to her biographer, Margaret Hope Bacon, (Valiant Woman) Mott “was the first American woman to practice and preach nonviolence and to play the role of radical peace activist.”  Mott, refused to vote “in a system that enforced slavery with the bayonet” and, along with others in the New England Non-Resistance Society, refused to pay for the militarization of the country or reap the financial rewards of slavery, taking her lonely abolitionist stand to one Quaker Meeting after another.  She was often expelled. We cannot expect less, nor fail to act in spite of being ignored, rejected, and ejected from the mainstream.

Catholics voted by 51% for Trump.  Do these statistics cause any soul-searching among Catholics?  How could this happen?  What was not done to prepare Catholics in conscience and moral discernment for this election?  Priests and Bishops in the past have delivered strong anti-abortion talks from the pulpit before an election, including the threat to withhold communion from John Kerry as a presidential candidate because he is a divorced Catholic who is pro-choice.  Yet, 51% of our Trump-voting Catholics chose a candidate who embraces racism, bigotry, misogyny and a call for torture of enemies.

Christ, in his words and actions, as a resister of the status quo, of all that demeans and humiliates didn’t get much play as a moral compass regarding Donald Trump within mainstream Catholic or other Christian religious frameworks.  A plea for rigorous debate on the meaning of voting, based on the teachings of Jesus?  Did we ever hear a significant outline from any religious quarter of national significance?

George W Bush’s candidacy resulted in outright directives from American Catholic Bishops, to vote “pro-life” (anti-abortion) for the candidate who eventually launched the war in Iraq, killing hundreds of thousands of women and children.  I haven’t come to expect much from our aging patriarchy, who like the Pope, continue to embrace the sexist exclusion of women from the priesthood.  The Bishops’ silence during this election is complicit, confirming their irrelevancy and irreverence.

Otherwise, why would Cardinal Dolan of New York host a glitzy dinner, no matter how politically time-honored, where candidates mock and humiliate each other as a planned premise of the event?  What an impact nationally a refusal by Dolan to host such an event would have made.  Instead, he sat in his Cardinal regalia, between the feuding candidates, who refused to shake hands.

What if the Bishops had launched a national dialogue about the candidates one of whom espoused torture, groped and assaulted women and was called out by Pope Francis for his stance on immigration; the other of whom is pro-choice, pro-just war and pro death penalty?  Would the outcome have been different?  Would it have mattered?  Both vice presidential candidates, Pence a former Catholic, now, post-modern evangelical, and Kaine, a Jesuit trained practicing Catholic, presented us with an opportunity for Catholic soul searching, if not social teaching.  It never happened.

No such silence for Richard Rohr, Franciscan priest and peacemaker, who published an open letter before the election: “Called to Resist Bigotry—A Statement of Faithful Obedience” co-signed by numerous religious organizations and individuals, who collectively decried “the ascendancy of a demagogic candidate and his message, with the angry constituency he is fueling” as a “threat to the values of our faith and the health of our democracy.”  The signees say that as “faith leaders” they “hereby confess our resistance against the message and actions of Donald Trump.”  Further they state that “the promotion of racial and religious fear and hate, and the justifying of political violence, are gospel issues, not merely partisan political matters.”   They call for “confessional resistance to that message” as a requirement for “faithful Christians.”

As I voted in our small town of Hardwick, for our local and state candidates and issues, I in my heart, the sacrifices of women in the long struggle for the right to vote, as well as the writings of Christian feminists like Joan Chittister, Elizabeth Johnson and Sallie McFague. These contemporary feminists see the objectification of women and of the planet as a “thing” as twin realities.  I have studied the sacred narrative of the women’s movement, the alliance between suffragettes with the anti-war movement prior to WWI, and the inspiring example of Susan B Anthony, Elizabeth Cady Stanton and so many others, who combined resistance to sexism with resistance to war.

Hillary’s white pantsuit was a sign of contradiction.  The 19th amendment, and the long slog for ratification, have evolved over the years into a referendum for a woman president who would, as male presidents of the past, be expected to kill with drone strikes, covert operations and assassinations (that of Osama bin Laden, overseen by Clinton herself). Unlike the secular political models, female pacifists, both political and spiritual, comprise the narrative of my own lineage and legacy as a follower of the nonviolence of Jesus.

Yet, every time an election year comes along, as much as I am convicted about my personal and nonviolent historical reasons for not casting a ballot for president, (all presidents must, at some time call for killing), I still suffer from low-grade angst in a presidential election.  Some of my closest associates say: “This time, given how bad Trump is, you have to vote for Hillary.”  It is sometimes very lonely.

The final night of the long campaign cycle, with the entire world poised for Hillary Clinton’s win, I am not, as a woman, indifferent to the historic moment, nor above the messy, despicable show.  A professed non-believer in the “system”, I still struggle with this descent into madness. I am vulnerable.   I despair.

The white male and female vote percentages which swept Trump to ascendancy, especially the women voting Trump, signal a chilling reversal of a collective, hard-fought journey to eradicate sexism and misogyny in the public sector.  Instead, large numbers of women put the fate of the planet and all of its inhabitants, including their children, in the hands of Donald Trump.

Here, for me, is the real existential dilemma.  I am writing the story.  I am a participant in the lineage of the nonviolent saints.   I am not enshrined in “the rule of law” that Hillary Clinton spoke of in her concession speech.  The “law” of temporal powers does not claim my obedience.

Lucretia Mott calls us to become “Messiahs of our age,” to avoid the “heresy” of waiting in “indifference for the light to come to us.”  Now is the time.  We are not indifferent.  “Democracy is coming to the USA.”